The school quietly used a man’s legacy to fund an overpriced amenity, and people are furious. 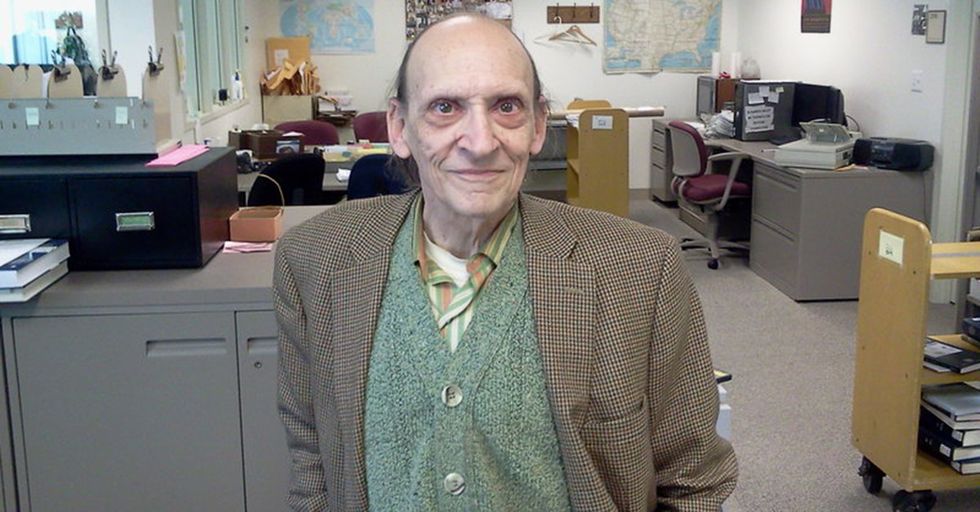 One could argue that an “unrestricted” donation to a university is fair game for the school to administer as it sees fit. Robert Morin is no longer alive to offer his thoughts on the University of New Hampshire’s allocation of his $4 million gift to the school, but that hasn’t stopped many from crying foul about the librarian’s quiet donation used to fund a $1 million scoreboard for the team’s football stadium.

A Deadspin investigation into the matter found that Morin, who worked as a librarian at the school for 49 years, left a shocking donation of $4 million to the school at the time of his death. An ABC News report claimed that Morin “left it all to the place he loved most.”

However, UNH didn’t seem to care much about honoring Morin’s work and legacy with the generous donation. The man who scrimped and saved most every spare dollar he had to give it back to the school he loved would have seen only $100,000 of his gift funding his beloved library, with much of the balance funding what many feel are inessential extravagances such as the scoreboard. According to the New Hampshire Union Leader, the school worked very hard to spin the story of Morin’s last years into a validation of the football team’s funding. The newspaper states, “UNH spokesman Erika Mantz said that, in the last 15 months of his life, Morin lived in a Durham assisted-living center where he started watching football games on television. He mastered the rules and names of the players and teams.”

According to a statement released by the school, Morin’s $4 million gift will include:

The school feels it is well within its rights to spend the money as it sees fit, arguing that the library allocation was the only “dedicated gift” mentioned by Morin. NPR reports that Deborah Dutton, an executive for the UNH Foundation conveyed, “Unrestricted gifts give the university the ability to use the funds for our highest priorities and emerging opportunities.”

So the man who spent his life giving to the UNH library will be honored in that vein only as much as he planned to honor it himself with the specific dedication. $1 million will go to the financing of a new scoreboard, which UNH has deemed its “highest priority.”

According to the Deadspin report, UNH knew that the optics of their actions would prove controversial, so they downplayed the funding of the scoreboard, instead focusing on the more practical applications of his money. The school’s Facebook post announcing the new of Morin’s gift doesn’t mention the scoreboard at all.

Nevertheless, the uses of Morin's life savings are now public knowledge, and people aren't happy with how the school treated his sacrifice and legacy, even if it was at their discretion.

There is no claim that the school isn't acting within its rights, which means that while people may continue to criticize and shame the institution, ultimately their sense of priority and consideration guide the decision. But based on the overwhelming reaction to the school's path here, it may be that this free money cost them more than they thought it would.