A Former Olympic Snowboarder On His Journey From Tragedy To Mindfulness

After a brain injury derailed his snowboarding career, Kevin Pearce dedicated his life to teaching others to love their brain 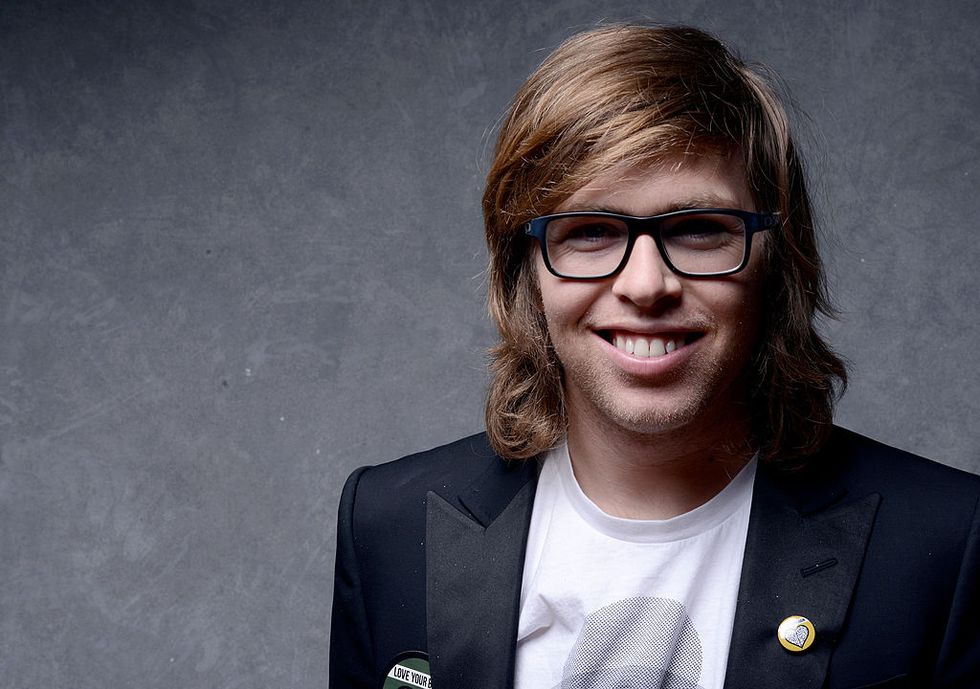 In 2009, Kevin Pearce was considered to be one of the best snowboarders in the world. Then, while training to compete against rival Shaun White in the 2010 Olympics, Pearce collided with the half-pipe wall, shattering his left eye socket and causing bleeding to his brain. He suffered a Traumatic Brain Injury that almost killed him, and after a six-day coma and years of recovery, his competitive snowboarding career was over. The day of the accident, Pearce was riding with symptoms of a recent concussion; he wasn’t aware that training after a concussion amplifies the risk for the often-fatal Second Impact Syndrome. (He was wearing a helmet in each incident.) Now, Pearce and his brother, Adam, have founded the LoveYourBrain Foundation, a nonprofit which aims to educate people about brain injury and the healing powers of yoga and meditation.

“We’re hoping we can help athletes and young people see the long-term effects that TBI can have and help people understand how fragile our brains are,” Adam says. “The more we can show people what we have been through with this really difficult experience, we can help people make smart decisions to reduce their risks.”

This month, the brothers’ LoveYourBrain Foundation has teamed up with lululemon for a tour from Los Angeles to Whistler—via an Airstream outfitted as a meditation studio. The MindfulMarch tour wraps up this week. GOOD caught up with Kevin after a yoga class to talk recovery, safety, and mindfulness.

Why is it so important to wear a helmet even though they don’t prevent concussions?

The idea is not to prevent injury, but to lessen damage and severity, like saving your life. It’s not that you put it on and you’re free from all risk.

What would you have done differently after the concussion you sustained before your TBI?

I would have waited to even be riding at that level and doing those tricks. I would have not been pushing it as hard. I had no idea what the risks were after a concussion. … It’s so much more well-known now and people really get it and understand you need to let your brain heal.

What other precautions besides helmets do you recommend?

I think the most important thing is to be safe and be smart. Most sports come along with pretty serious dangers; if you’re not being smart, it’s easy to get hurt.

Any tips for making smart decisions in the heat of a competition?

When I was in it, it was so hard for me to make the right decisions. All you’re doing is focusing on winning, so to step back and say, ‘No, I shouldn’t be doing that’ is the most difficult thing I can imagine doing. I was the best in the world and no one knew better than me. I’m not going to lie to you and say I have the best advice, because I don’t. But all you can do is try.

Would you ever advise someone not to participate in a sport?

Nope. Maybe football. I think football is super stupid; football makes no sense to me. So much of America loves football. I guess if I have kids I won’t tell them they can’t play football, but I’ll do what my parents did. It just wasn’t something that was part of our lives.

What does loving your brain mean?

That came from a doctor I went to. He told me I needed to love my brain because my brain was the most important thing I had, so I needed to start thinking about it in a new way. At the beginning, I thought it was stupid and he didn’t know what he was talking about, and it was not something I was into. But as I learned more about it and got deeper into it, I realized I had to do it to recover in the way that I wanted to and get to a place I wanted to be. It probably wasn’t for two years after I saw him in 2012 that I really understood it—and another two years that I started to live by it.

In what ways do you still notice your injury?

What are the most helpful activities you’ve found on your road to recovery?

I find yoga and meditation to be the most important, and what has helped me the most to get to where I am. … When you get the right yoga teacher and the right mindset you’re able to feel that where the impossible becomes possible. … One of the reasons I love snowboarding so much is that you’re forced to be mindful. You can’t be on Facebook when you’re snowboarding. I think that living a mindful, present lifestyle is very addicting.