The toddler may get to enjoy the gift sooner than anyone expected. 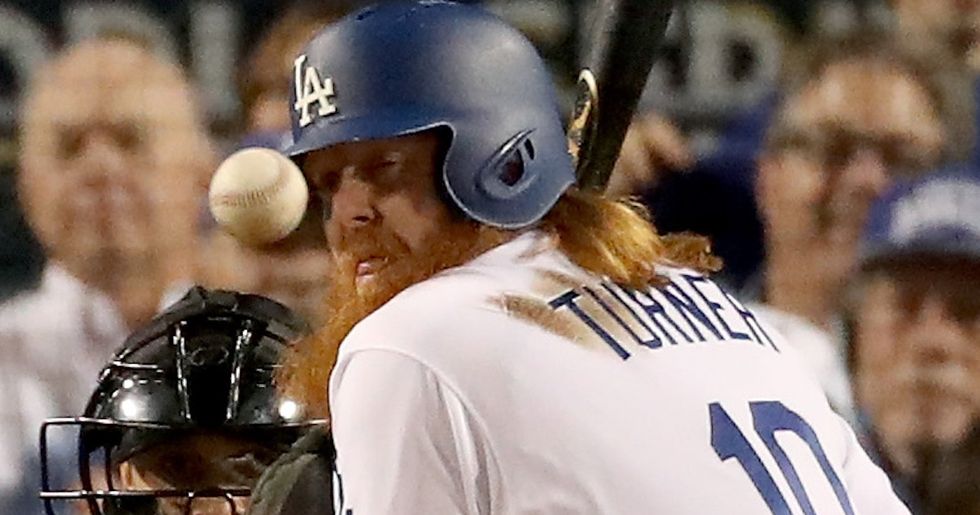 Justin Turner’s 2018 season suffered an unexpected setback when the Dodger third baseman was hit by a pitch in spring training, resulting in a broken wrist that will sideline him for the early stretch of the regular season. While this development was unwelcome news to all Dodgers fans, one very young boy offered up some kind words and an offer to kickstart Turner’s recovery with a “kiss to his boo-boo” upon learning of the injury.

Below is the play in question that will delay Turner’s campaign with the NLB champs.

Andrew Riddle, a Twitter user with the Dodger-friendly handle agr_dodgers22, shared with the injured player a video of his son, Declan, decked out in an L.A. cap, sending his get-well wishes to the sidelined player.

Turner, moved by the video and the sentiment, repaid the kindness less than two hours later, offering Declan and his dad a couple of tickets to his first game back from injury.

While we didn’t get Declan’s response to the gracious offer, it’s a safe bet that his sentiments echo his father’s in his subsequent tweet.

In good news for Declan, Andrew, and certainly Turner himself, the Dodger learned the injury won’t require surgery. Turner will be on the mend with a brace for a few days before he can return to light duty.

No doubt Declan’s in a hurry to get to that game — and this development means that day may come sooner than anyone realized.