Who really owns the rights to hashtags? 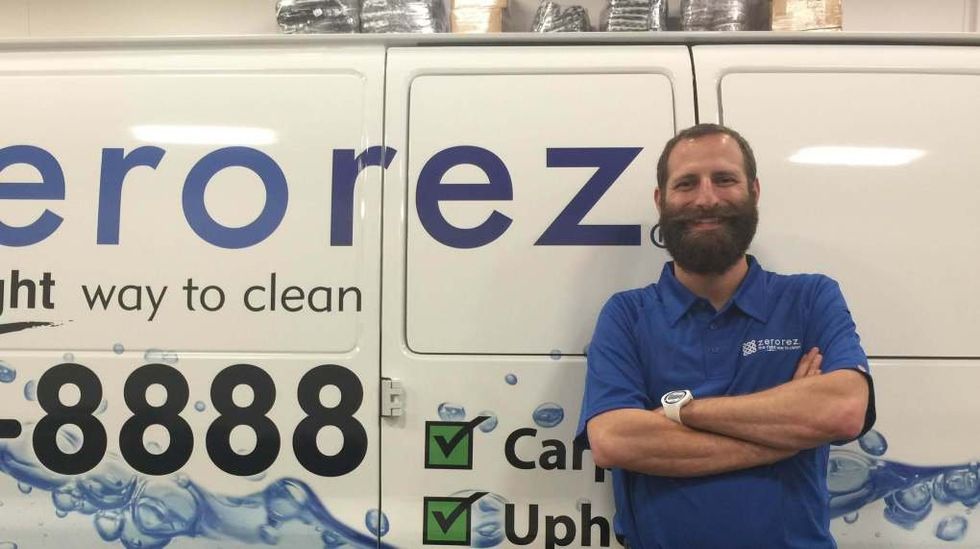 This summer, much debate has surrounded the Olympics' social media policies, which prevent any non-corporate sponsor from mentioning the games by name as well as all of the U.S. Olympic Committee's trademarked terms, from “Olympian” and “Team USA" to “Going for the Gold.” In effect, the policy bans businesses from discussing the games on social media.

Michael Kaplan, owner of Minneapolis carpet cleaning service Zerorez, thought this was absurd. “We just felt bullied,” Kaplan told the Twin Cities Pioneer Press. “We don't want to pretend we’re Olympic sponsors, but we do want to be part of the conversation. It's everybody's conversation.” The day before Rio’s opening ceremony, Kaplan and his lawyer Aaron Hall sued the USOC.

The lawsuit, filed in Minnesota district court, seeks no money, just a declaratory judgment from the Olympic committee admitting it has exaggerated its legal rights. Kaplan and Hall claim the USOC’s trademark enforcement violates the cleaning company’s right to free speech. Zerorez doesn’t sponsor any athletes, but Kaplan likes tweeting about news from the company account. Because of the current rules, he hasn't posted anything about the action in Rio.

To date, the USOC has taken a hard line against any non-corporate sponsors explicitly discussing the Olympics on social media, even sending letters before this summer’s games to competing athletes and their sponsors reminding them not to break the rules. “Any use of Olympic or Paralympic trademarks or terminology by a non-media company ... is considered commercial and is prohibited without the USOC's permission,” the committee wrote. The International Olympic Committee has said these protections are intended to “combat ambush marketing, which can jeopardize the funding of the event and undermine the Olympic Games.” By time of publishing, the USOC could not be reached for comment.

We spoke with Hall about whether branded social media accounts have the constitutional right to discuss the Olympics.

Why did you decide to challenge the USOC's social media policy?

[Kaplan] and I have known each other for years. Shortly before the lawsuit was filed, we were talking on the phone about how ridiculous it was that the Olympics essentially were saying, “You can't even mention the Olympics on social media.” We thought, you know, let's do something about this.

How powerful is the USOC? How are these restrictions different from normal trademark protection?

The Ted Stevens Act gives [the committee] rights separate from federal trademark rights. Under that act, they have the right to monetize the use of certain terms, allowing them to fund the Olympic Games. In the United States, [the national team] is self-funded through licenses with official sponsors. In fact, the reason Congress formed the committee was to foster entrepreneurial spirit and provide funding for the Olympic Games. We believe they've gotten too far focused on the funding, while silencing the entrepreneurial spirit of small businesses on social media.

What makes these posts about the Olympics “non-commercial,” as you argue in the lawsuit?

You’re saying businesses have the right to participate in public discourse.

Yes. The reason this is coming up now is social media has become so popular. Even in the four years since the last Summer Olympics, social media has grown. Many more businesses have gone online and realized this is a form of communication. I think it's become more of an issue as simple communication is occurring in these online forums.

To be clear, there are [different] categories of speech relevant here. One is advertising. There’s commercial speech. There's speech that implies people are associated with the Olympics. We're not trying to suggest that [communicating in that] category is something businesses should be able to do. Very clearly, that’s illegal. What we’re talking about is political speech, free speech, non-commercial speech that is harmless. It’s simply talking on social media. It’s not a billboard. It’s not some TV ad. It is simply social media.

How does this policy hurt a local carpet cleaner?

The harm to him is his [violated] constitutional rights, not a financial interest. Let’s face it, nobody's going to become a client of his just because they saw a tweet of him congratulating a local Olympian, or talking about a great match last night. We do acknowledge we're all humans and all of our speech relates to whether people want to do business with us.

I think that’s the beauty of social media. It allows you to bring out the personality of the business and talk about all sorts of issues unrelated to cleaning carpets. It's through that deepening of a relationship over time that people feel [businesses] are an authentic group of people. I think there is an element of social media involving authenticity, and that’s why you have conversations around these types of topics.

Is the USOC bluffing? Has it ever sued a business for using these words on social media?

To our knowledge, the USOC has not sued a business for using “Olympics,” or similar words, on social media. That hasn't happened yet. They've sued over other reasons. They’re claiming they have the right to sue. The issue here is that millions of businesses throughout the U.S. are being silenced. Their speech is being chilled by these threats from the USOC. They’re being harmed. This is the first instance, to my knowledge, where a company has said, “We're going to stand up for our constitutional rights, and we're willing to take this to court.” To date, no company has been willing to invest resources to stand up for its free speech rights on social media against the Olympics. Has the USOC responded to the lawsuit? It's still outstanding. We've received no response.