A former NBA player tries to turn around a troubled team. 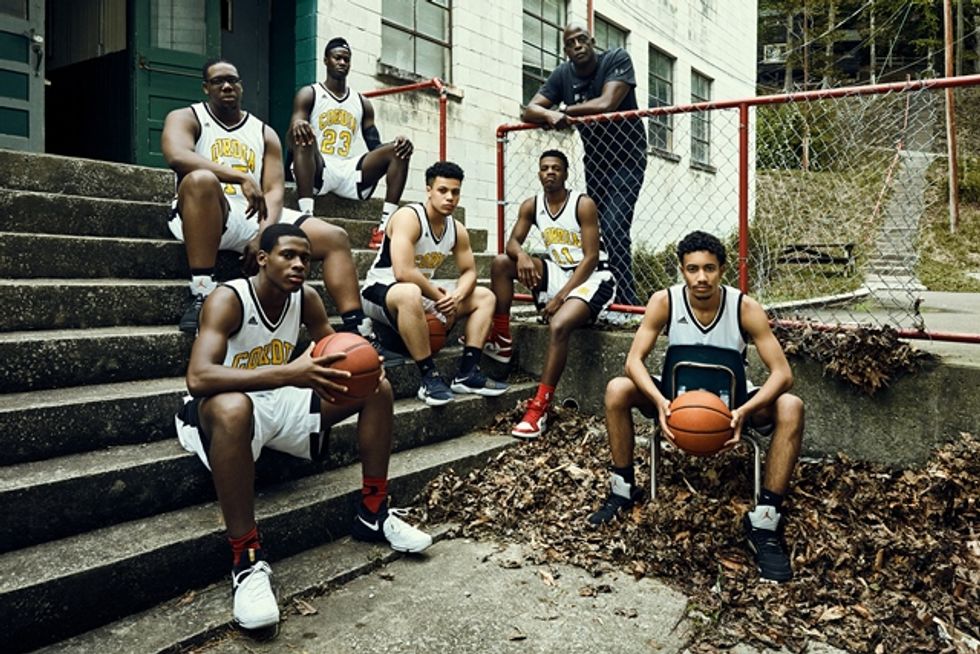 But the celebration was short-lived after Rhodes’ contract wasn’t renewed after a rocky relationship with Cordia High School’s principal. With his reputation on the line, Rhodes chose to stay and fight for his former players.

For Rhodes, it wasn’t about the stakes of winning or losing on the court.

“To me, this was a story about teaching kids love, and how to love each other,” he said. “And through those things, you can have success in basketball.”

But it was that very success that gave rise to violence, racism, and hatred in a region desperate to shake the legacy of the last public hanging of a black man.

Rhodes was a star player at the University of Kentucky where he was selected in the first round of the 1997 NBA draft by the Houston Rockets. After three seasons in the NBA, Rhodes coached in the college ranks for nearly 10 years but felt he could have the most impact with his players at the high school level.

In 2011, he was named the head coach of the Cordia Lions, in Lotts Creek, Kentucky. Within five years, he had transformed the program — and the lives of a number of teens -- by providing the same discipline and structure his own high school coach, Coach Hurley, gave him when Rhodes himself was a troubled teen from the streets of Jersey City.

“Coach Hurley was a tough love kind of guy,” he said. “Now that I’m a coach, I know exactly what he was doing. I like to challenge the kids, but also give them a hug, and let them know I love them.”

One of his all-stars, spotlighted in the series, is Ramon “Momo” Mercado, a junior who hails from an area known for gang violence in the lower east side of Manhattan. He played point guard under Coach Rhodes at Cordia, who says he could be division one collegiate material if Momo can “get out of his own way.”

Having been there himself, Rhodes could relate to how powerful basketball could be in lifting young men up and out of trouble. And Rhodes is committed to being there all the way — even when Momo’s own father isn’t.

“Momo came to my 7-year-old daughter’s soccer game and I asked him, ‘Do you ever get to talk to your father?’” Rhodes said. “He said, ‘No, not really.’ That’s their reality. The phone rings, and no one answers. I wanted him and all of my players to know that I will always answer their call. It doesn’t matter what time it is.”

Rounding out the team with Mercado is Malik Henry (a senior from Queens), Kareem McDonald (a junior from Brooklyn), Oumar Keita (a junior from Mali, Africa), and D’Andre Reed (a freshman from Harlem).

Rhodes said teaching the kids accountability — about taking care of their academics, their bodies, and their health — was about trying to mentor them and change the course of their lives with basketball as the backdrop. Most importantly, he said, he tries to lead by example — by being a good husband and a good father.

“Our whole program is based on loving yourself and loving the guy next to you,” Rhodes said. “If we won some games in the process, that was great. But if one of them were to come to me a few years down the line and said, ‘Coach, I’m married, I have kids. I’m doing well’ — that’s the championship. That’s the win.”

You can watch all 10 episodes of “Us Against the World” on Comcast’s Watchable platform.