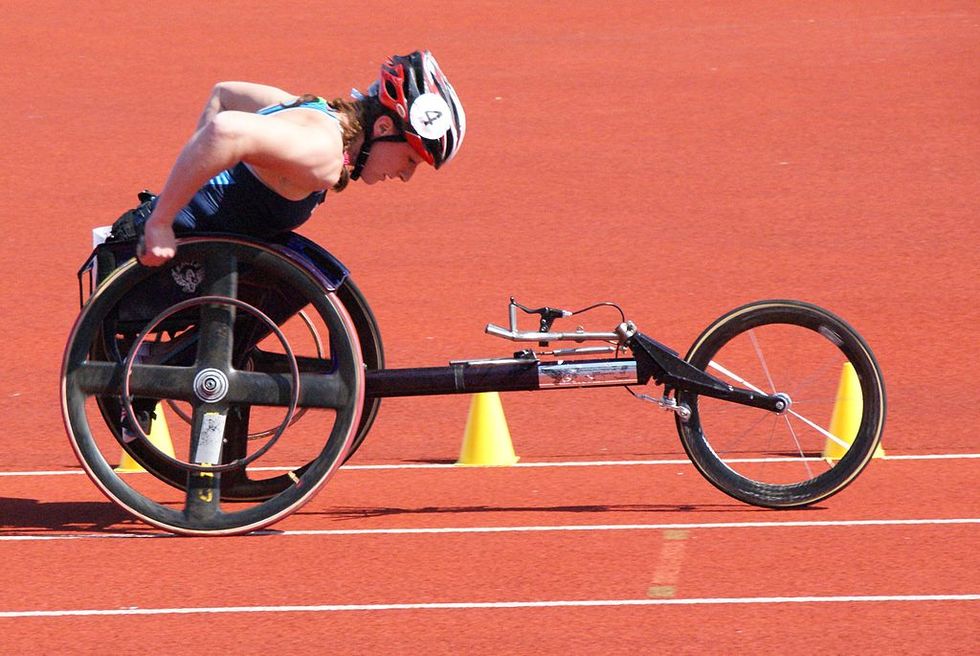 Wheelchair racing finals kicked off Friday at the Rio Paralympics with the women’s T54-class 100-meter sprint, in which China’s Liu Wenjun narrowly inched out American standout (and world record holder) Tatyana McFadden for the gold. It was the first of seven wheelchair racing finals at Olympic Stadium this weekend, and you should watch them all, because wheelchair racing—in which athletes with amputated legs, spinal cord injuries, or cerebral palsy use their arms to pedal three-wheeled handcycles—is awesome.

If tightly packed huddles of world class runners jockeying for inches of position sounds stressful, try cutting corners through a morass of five-foot-long tricycles. Passing demands precise control over front-wheel positioning amidst clotted machinery and pumping arms. Angled tires bounce off each other in the scrum. It’s more Mad Max than Chariots of Fire.

Like all Paralympic events, wheelchair racing includes several levels of competition for different levels of impairment. T51 athletes have minimal upper body function, T52 and T53 athletes have slightly more power in their arms and legs, and T54 athletes—like McFadden and dominant Brit David Weir—are paraplegics with normal hand and arm function. The sport modifies its rules and bike types for each classificiation, equalizing the playing field for different ranges of disability.