These Five Cities Will be Hurt the Most by Climate Change

These are the five cities most likely to be affected by global warming. 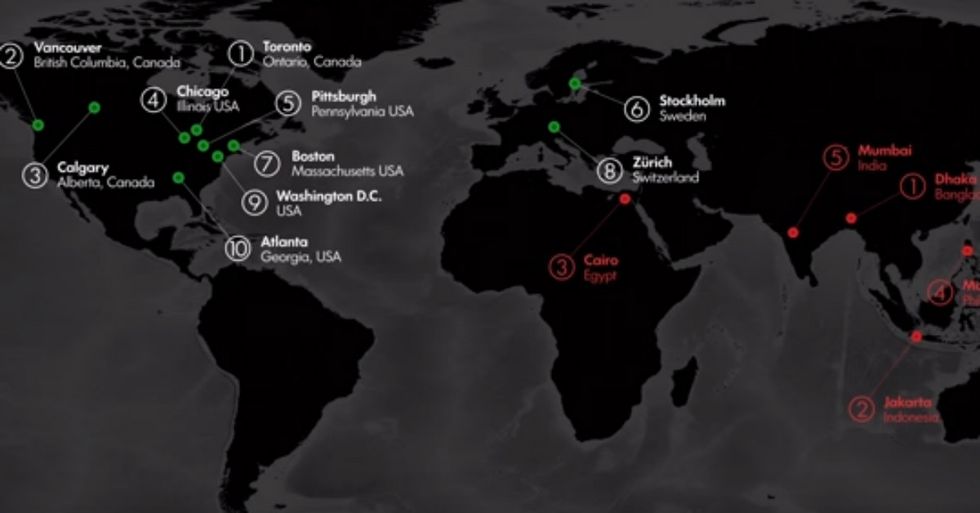 With the climate talks in Paris less than two weeks away, it’s imperative to understand how global warming has been affecting the citizens of the world.

Over the next 40 years, if the planet continues warming at its current rate, global warming could force nearly 150 million “climate refugees” to relocate. The power of the natural world— and humans’ carbon footprint— is too often underestimated. The below visualization shows the 5 most vulnerable cities around the world (via Grosvenor).

Note the relationship between cities most at risk to climate change and their actual carbon footprints. A fair deal at COP21 in Paris aims to help at-risk cities adapt. For the first time in over 20 years of UN negotiations, the COP21 talks will try to reach a universally binding agreement on climate change, which could indeed change the course of history.