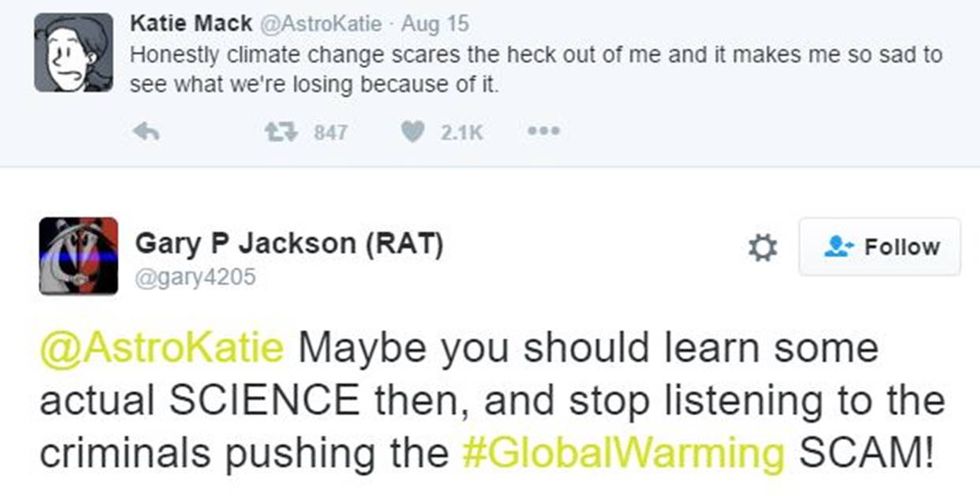 This article originally appeared on 10.30.17

When you try to pick a fight on Twitter it's probably best to know who you're dealing with. A conservative blogger learned this lesson the hard way after trying to troll a woman who's far from his intellectual equal.

Just like every other time she has tweeted about climate change, the trolls came out of the woodwork. This time it was Gary P. Jackson, editor and publisher of a blog dedicated to Ronald Reagan's brand of conservatism.

And Mack's response was perfect.

What Jackson didn't know is that Dr. Katherine J. Mack received a PhD in astrophysics at Princeton University and an undergraduate degree in physics at Caltech. So she does know a little bit about science. In fact, probably more than a guy who has a blog dedicated to the man who ripped the solar panels off the White House and famously said, “Trees cause more pollution than automobiles do."

This burn-heard-'round the world even attracted the attention of Harry Potter creator, J.K. Rowling.