“I’m crying, the most touching piano performance I've ever seen so far.” 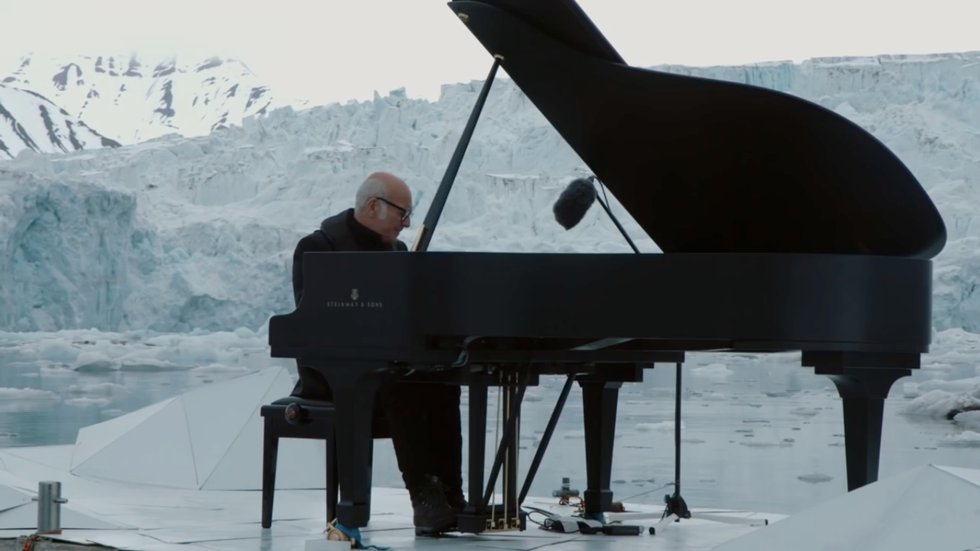 What will draw world leaders’ attention to the dire effects of climate change? If not the plight of the polar bear, perhaps a beautiful, mournful piano composition played on a floating platform off the coast of Norway? This video showing Italian composer and pianist Ludovico Einaudi playing his “Elegy for the Arctic” has been making the rounds, with thousands like actor and environmentalist Adrian Grenier sharing it on on Twitter to say, “Let's change the world, starting at the top.”

The video was shot in collaboration with Greenpeace, who shipped the piano up to the Arctic from Germany. They’re currently running a campaign to get government officials to create the first Marine Protected Area to safeguard 10 percent of the Arctic Ocean at this week's OSPAR (Oslo-Paris) commission in Tenerife, Spain. When ice is falling off a glacier in the background as Einaudi plays, one sees how this performance could inspire action. And if not among leaders themselves, it’s extremely affecting for their constituents, bringing them to a place they don’t often see but whose wildlife and climate play an important role in global ecology.

As Tech Insider notes, climate scientists often point to the melting ice of the Arctic as an important warning sign for the rest of the planet. Polar regions across the north of the planet have been melting, and a viral video featuring a gorgeous composition is an excellent way to move people. “I'm crying, the most touching piano performance I've ever seen so far. Yes, please save the earth. Save us,” says Twitter user Elma Alfiah.

Einaudi himself is 60 and was born in Turin, Italy; he’s historically been open to inspiration and collaboration, releasing an album in 2001 inspired by traveling to Africa and working with a German electronic group in 2009. That openness of creative spirit is evident in this composition. “I’ve been about to see the purity and fragileness of this area with my own eyes and perform a song that I composed on the best stage in the world,” he said in a statement before the performance.

Whether OSPAR is listening remains to be seen.