Chinese researchers created a necklace that hears what you eat 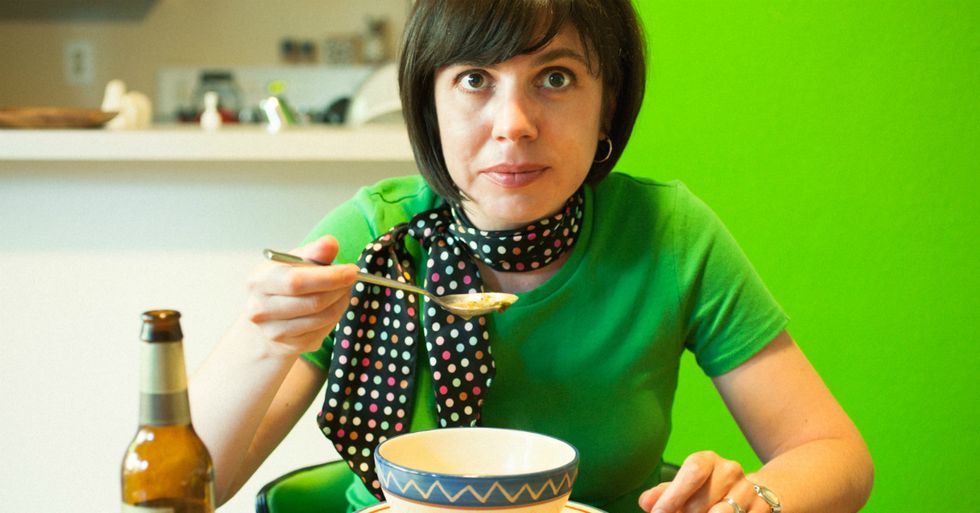 A Carrot is not Mac and Cheese is not Arugula. Apparently what we chew makes distinctively different sounds. No only that, but the sound can explain a lot about your healthy eating habits.

Wenyao Xu, a computer scientist at the University at Buffalo, is creating a catalogue of food sounds. The information is part of AutoDietary, a new food-tracking necklace being developed by Xu and researchers at Northeastern University in China.

AutoDietary is like Fitbit, only instead of tracking movement and burned calories, it monitors what we eat at the neck, audibly.

AutoDietary wraps around the back of the neck like a choker necklace. A tiny microphone records your chewing and swallowing of food. The data is sent to your phone and the sound library, to determine what it is and the caloric intake.

And it works. In a recent study, 12 test subjects wearing the device were given water, apples, carrots, potato chips, cookies, peanuts and walnuts. AutoDietary's accuracy was 85%

The necklace has its limitations. It can't tell the difference between similar foods like, say, diet soda and super-packed non-diet soda, and it can't distinguish the ingredients of foods with complexity like stews.

But the idea is to use this technology in tandem with other recognition and information gathering tools to create a detailed profile.

Perhaps it could also be used to monitor the rate of chewing and swallowing, and encourage portion control. Basically, it could be programmed to do what your grandmother did at the dinner table: wag a finger and say “Don't eat so fast! Chew your food!"