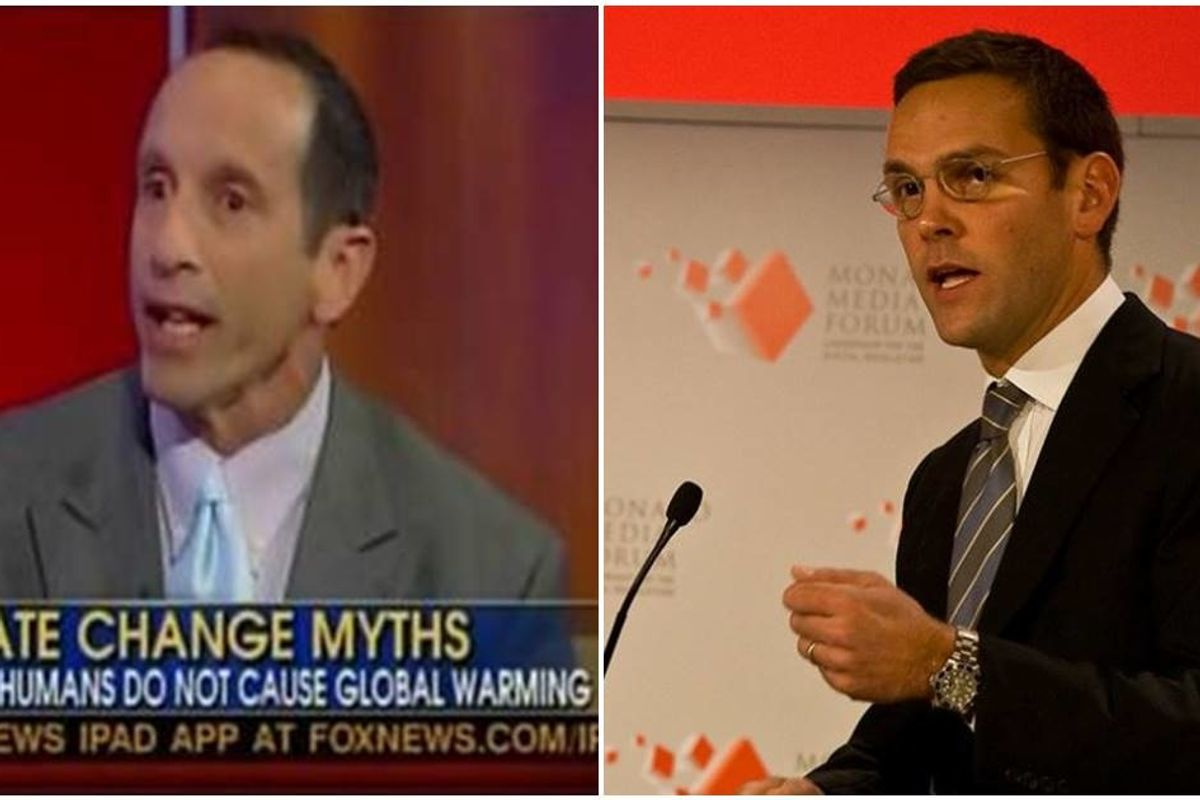 The Australian bushfires have claimed 27 human lives, an estimated 1 billion animals are feared dead, and thousands of properties have been completely decimated.

The fires were caused by extreme heat and dryness, the result of 2019 being the country's hottest year on record, with average temperatures 1.52C above the 1961-1990 average.

The area hit hardest by the fires, New South Wales, also had its hottest year on record, with temperatures rising 1.95C above average.

Although some of the fires were started by arsonists, there's no disputing the fact that climate change helped to exacerbate the problem.

The Australian fires inspired James Murdoch, the son of conservative media mogul, Rupert Murdoch, to speak out about their father's role in amplifying climate change denial. His wife Kathryn was also included in the statement.

"Kathryn and James' views on climate are well established and their frustration with some of the News Corp and Fox coverage of the topic is also well known," a spokesperson for Murdoch and his wife told The Daily Beast website.

"They are particularly disappointed with the ongoing denial among the news outlets in Australia given obvious evidence to the contrary," the spokesperson continued.

Rupert Murdoch is the Australian-born Executive Chairman of News Corp and Co-Chairman of Fox Corporation. He is the owner of Fox News and more than 140 newspapers in Australia alone. James Murdoch sits on the board of Fox News and his older, conservative brother, Lachlan now oversees the station.

The statement from James and Kathryn aligns with the broadly accepted science on the issue.

"Human-caused climate change has resulted in more dangerous weather conditions for bushfires in recent decades for many regions of Australia," Australia's National Environmental Science Program said in a statement. "These trends are very likely to increase into the future, with climate models showing more dangerous weather conditions for bushfires throughout Australia due to increasing greenhouse gas emissions," the statement continued.

The Murdoch media claims that "News Corp does not deny climate change" https://t.co/aXcIMxaPJP - Here's a Fox host suggesting Antarctic ice melt is due to a volcano, & that "there's a slant in the science" because "people that believe in global warming" get more research grants pic.twitter.com/2KqnAgBlXo
— StopFundingHeat (@stopfundingheat) January 10, 2020

A recent analysis by The New York Times found that News Corp-owned media outlets have worked to downplay that role the climate change has played in the fires and exaggerate the work done by arsonists.

Murdoch's flagship paper, The Australian has routinely claimed that this year's fires are no worse than those of the past. But scientists say that they have scorched more of New South Wales than the fires from the past previous 15 years combined.

In America, Fox News contributor Raymond Arroyo blamed the arsonists for the fires, saying "They just arrested 12 people in Australia for those fires and they were blaming it on climate change. Wrong again!"

A study by Public Citizen found that from January to June 2019, 86% of the climate change mentions on Fox News were "dismissive of the climate crisis, cast warming and its consequences in doubt or employed fear mongering when discussing climate solutions.

The decision by James and Kathryn Murdoch to speak out against their powerful family was a brave move. But they haven't been quiet about their liberal-learning political views in the past. They have spoken about about the environment in the past and in 2008, Kathryn joined the Clinton Climate Initiative and later served on the board of the Environmental Defense Fund.

The couple also donated to Democrat Pete Buttigieg for the 2020 presidential election.

Climate Change has serious consequences and none are more evident than the wildfires happening in Australia. But so does the inaction caused by media moguls like Rupert Murdoch who have fanned the flames of ignorance that stand in the way of making a real impact on this intensifying global issue. It's time they are held accountable for the damage they've done by spreading lies about one of the greatest in human history.