Scientists Stand Up Against Trump In Boston 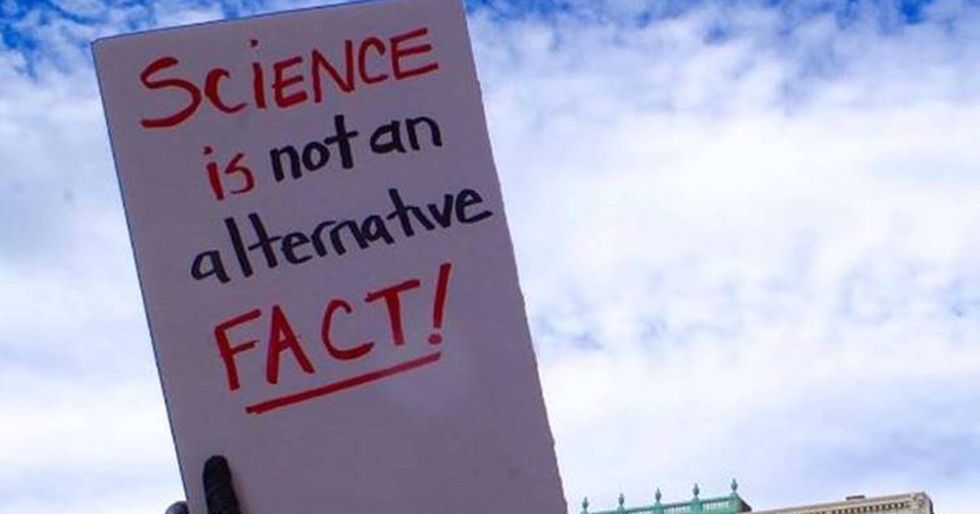 The day after Donald Trump’s inauguration, Women’s Marches across the country mobilized an estimated 4.2 million Americans to the streets in protest. It’s believed they were the largest demonstrations in American history, even surpassing the anti-war protests of the ‘60s and early ‘70s. The Trump presidency has riled up so many Americans that even the science community is leaving the laboratory and picking up signs in protest.

On Sunday, hundreds of scientists and geeks alike assembled in Copley Square in Boston, Massachusetts for the Stand Up for Science protest. The tone of the event was laid out the day before by Gretchen Goldman, Research Director at Union of Concerned Scientists, in a meeting for the American Association for the Advancement of Science. “They’re looking to dismantle the very process by which we use science to inform decision-making,” Ms. Goldman told the group. “If we walk this process back it’s going to do irreparable damage.”

America’s scientists have good reason to fear Trump’s presidency. Immediately after taking office, the departments of Agriculture and the Interior faced an information lockdown. Scientists at the USDA’s Agricultural Research Service were told to stop releasing “any public-facing documents... news releases, photos, fact sheets, news feeds, and social media content... until further notice.” And tweets from Badlands National Park in South Dakota were deleted for referring to climate change.

Trump himself is a climate-change denier who once said that it’s a “hoax created by the Chinese.” He has also made some alarming appointments to prominent cabinet posts. His choice to head the Environmental Protection Agency, Scott Pruitt, has long worked in opposition to its environmental regulations and is a climate-change denier as well. Plus, his Secretary of State, Rex Tillerson, is a former oil executive and the new Energy Secretary, Rick Perry, once claimed he would eliminate the agency altogether.