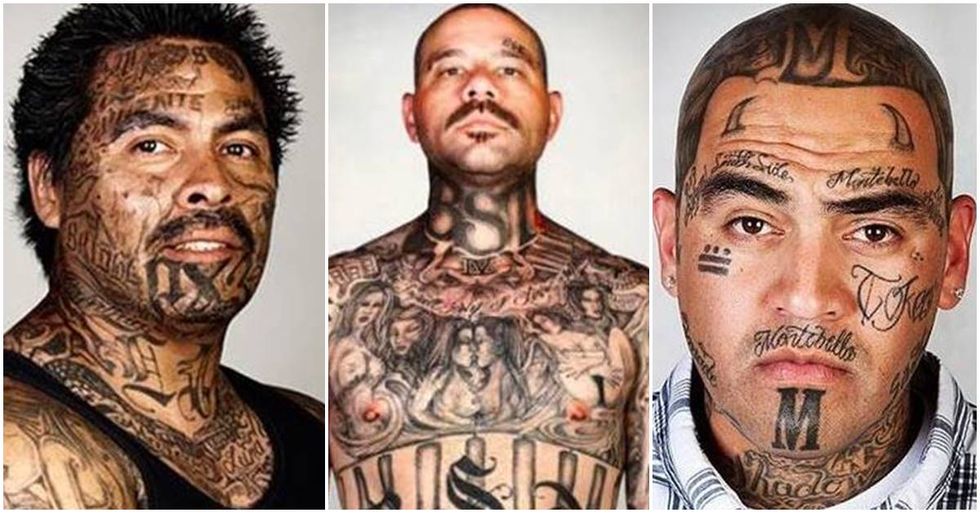 This article originally appeared on 12.22.16

Homeboy Industries in Los Angeles has done a phenomenal job at redirecting children from being coerced into gang life. It has also given countless jobs to former gang members looking to reintegrate into their communities. After learning of the program's life-changing work, photographer Steven Burton, 44, was inspired to use his talent to share the stories of former gang members and their tattoos.

“The concept came to me when I watched the homeboys going through the tattoo removal process," the photographer told People. “The idea was to digitally remove the tattoos, present the before-and-after photos to the subjects, and see how they would react. I knew that the subjects would be shocked by the images, and probably amused, but I didn't realize the full impact these photos would have on them, nor was I aware of the kind of impact their reactions would have on me."

Burton's work with the former gang members has resulted in a photo project called “Skin Deep." Burton hopes to turn the photos into a book that shares the stories of each of the people pictured. “One of the more heavily tattooed people, Marcus, started laughing because he just didn't know what to say," Burton recalls. “He was sort of shocked by the image. The laughter was followed by a heavy silence, then his eyes teared up. It was then that I realized how deep this story could be."

Burton was doing fundraising for his book via Kickstarter.