From Sonia Sotomayor to Patti Smith, Rad American Women A- Z has all your favorite female icons in illustrated form. 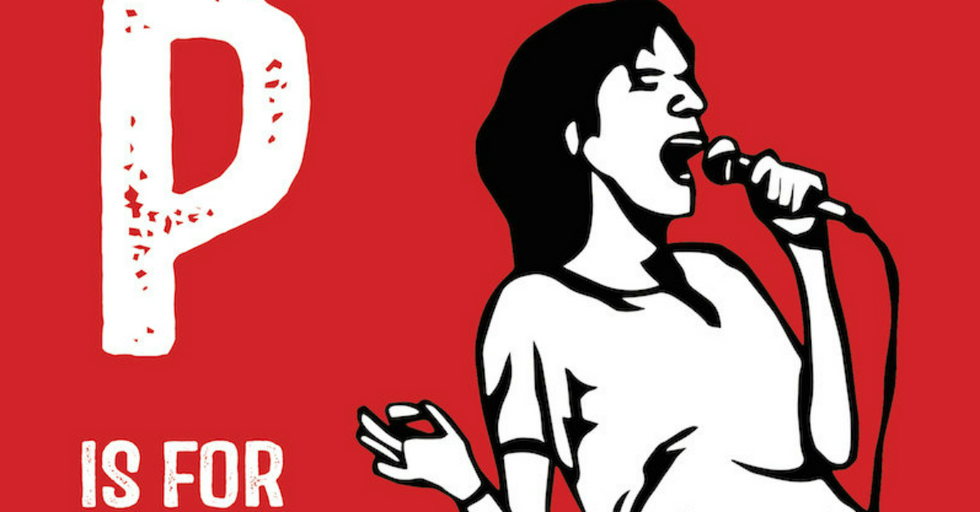 Why just learn your ABCs when you can be empowered by them? A new illustrated children’s book from iconic City Lights press, Rad American Women A-Z, offers kids the chance to educate themselves on women’s history and the alphabet at the same time. Written by Kate Schatz and illustrated by Miriam Klein Stahl, the book was inspired by Schatz’s two-year-old daughter. As the writer told Mic, the book was created to fill the “feminist-shaped hole in children's literature,” and goes from A (for Angela Davis) to Z (Zora Neale Hurston).

Rad American Women A-Z strays from both traditional children’s and history books in more ways than one, featuring an equal proportion of women of color, as well as several members of the LGBT community. As Schatz mentioned in a press release, “I wanted to focus on the stories that aren't always part of the standard telling of women's history. With all respect to Susan B. and Rosa and Helen and Gloria, I want to try to introduce readers to women they aren't likely to have heard of.” This includes women ranging from architect Maya Lin, to prolific sci fi writer Ursula K. La Guin, to punk singer Patti Smith.

According to its creators Rad American Women A-Z has already sold out of its first print run. You can preorder the second run from City Lights and Amazon, or request it from your local indie bookstore.