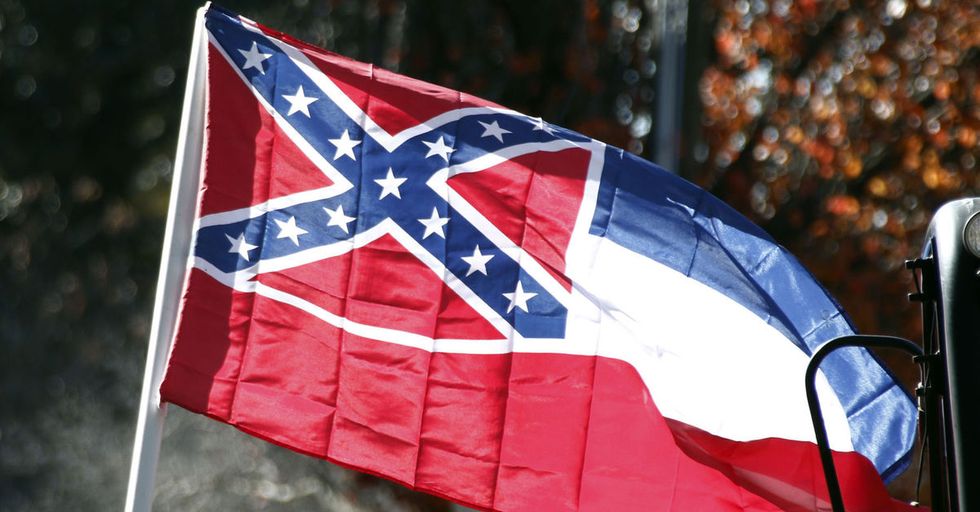 Once again, the controversy over the flying of Confederate flags is casting a pall over an NCAA sporting event. As the Ole Miss softball team and campus prepare to host a regional playoff, the NAACP has demanded that the NCAA, in keeping with a 2001 policy, relocate the event to a locale that doesn’t display relics of slavery on campus.

The Ole Miss softball team won the SEC tournament and, as the conference champs, will host a postseason tourney on their campus.

Complicating the issue is the fact that the NCAA’s existing policy of denying events from schools in states which fly the flag only applies to preplanned tournaments, not ones in which the site is chosen based on a team’s performance. The university itself hasn’t flown the flag since 2015, but it exists as a government-run institution in a state that continues to display one.

Critics also point out, that while the flag may be gone from campus, the spirit of the Confederacy is still celebrated with the school’s team name, the Rebels:

no one complains about Ole Miss being called the Rebels but if they fly a Confederate flag? racist!! c'mon man
— Ryan Kaminski (@Ryan Kaminski)1495135000.0

To that point, NCAA associate director Gail Dent stated, “Championships where student-athletes earn the opportunity to play a championship on their own campus are not covered in the Confederate flag policy. This distinction is consistent with the NCAA’s commitment to student-athletes.”

The NAACP, understandably, questions the validity and intent of a policy that allows schools to “earn the opportunity” to host events while flying symbols of subjugation and suffering on their campus. Nonetheless, a Derrick Johnson, the president of the Mississippi chapter of the NAACP, says that the NCAA has a strong track record of opposing racism, which calls into question their semantic approach to policy in this instance.

“If the NCAA truly oppose states where the confederate flag is flown prominently, then they must oppose it in all instances where symbols of racism are prevalent,” Johnson stated.

Despite the flag’s removal from state campuses in 2015, the following year 12 bills were enacted to remove the flag entirely from any government or official use. All 12 bills died, and one effort was ignited to return the flag to all state campuses, though that push was not successful.