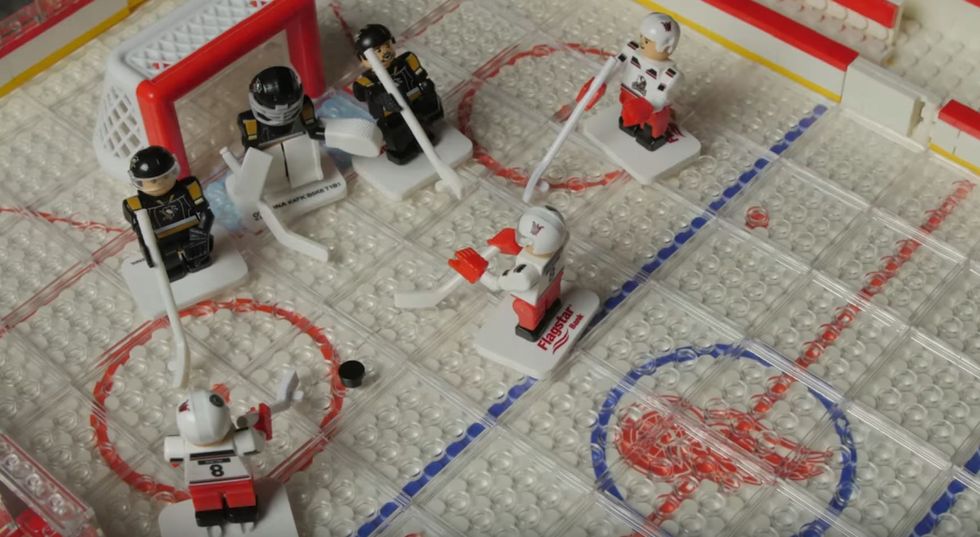 The Grand Rapids Griffins, an American Hockey League team, celebrated “Toy Night” on Saturday with a blowout of stop-motion LEGO videos about hockey.

First, there was the “Hockey Night in Grand Rapids” opener:

Then, for some unexplained reason, a tribute to WWE NXT wrestler Bobby Roode:

Followed by a music video for the hockey anthem “I Wanna Drive The Zamboni”:

According to Yahoo Sports, the videos were created by members of the the Grand Rapids Griffins’ digital media team and involved 13,562 LEGOs, 137 figures, three cameras, 3,916 photos, and 225 man-hours. It was worth every brick.