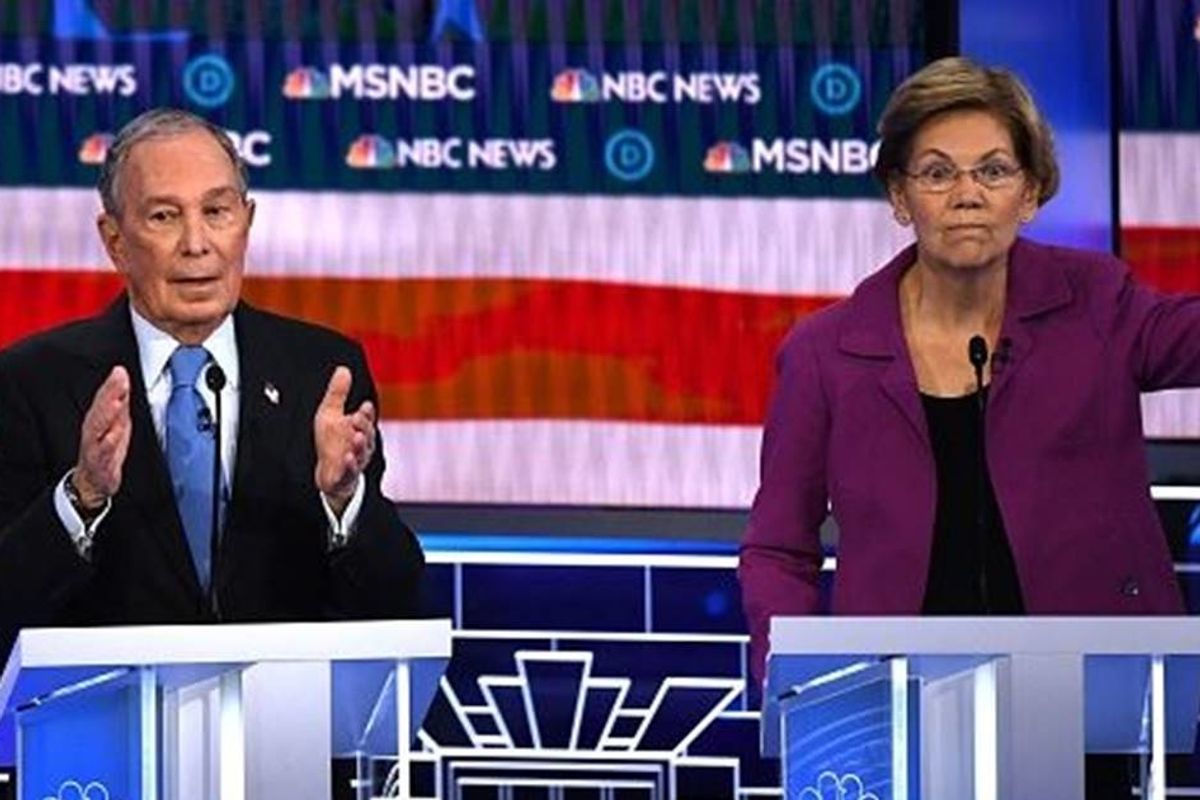 Sanders began by calling out Bloomberg for his stewardship of New York's stop and frisk policy that targeted young black men.

"In order to beat Donald Trump we're going to need the largest voter turnout in the history of the United States," said Sanders. "Mr. Bloomberg had policies in New York City of stop and frisk, which went after African-American and Latino people in an outrageous way. That is not a way you're going to grow voter turnout."

In order to beat Donald Trump we are going to need the largest voter turnout in the history of our country. Mr. Bloomberg's record of stop-and-frisk is not going to do that. #DemDebate pic.twitter.com/GD2CwkGi5b
— Bernie Sanders (@BernieSanders) February 20, 2020

"Bernie swinging at Bloomberg right out of the gates," tweeted journalist Krystal Ball.

Warren added that Bloomberg's similarity to Trump made him a flawed candidate.

"I'd like to talk about who we're running against," said Warren. "A billionaire who calls women 'fat broads' and 'horse-faced' lesbians, and, no I'm not talking about Donald Trump, I'm talking about Mayor Bloomberg."

Here's that early Warren haymaker. "I'd like to talk about who we're running against, a billionaire who calls women fat broads and horse faced lesbians. I'm not talking about Donald Trump. I'm talking about Mayor Bloomberg." pic.twitter.com/AS9XVbTthz
— Alex Thompson (@AlxThomp) February 20, 2020

"Elizabeth Warren just ripped out Mike Bloomberg's guts, showed them to him, and reminded us why she once was a frontrunner: her unrivaled ability to take down arrogant, corrupt rich dudes," said Young Turks journalist Emma Vigeland.

This article was originally published by Common Dreams and was written by Eoin Higgins.