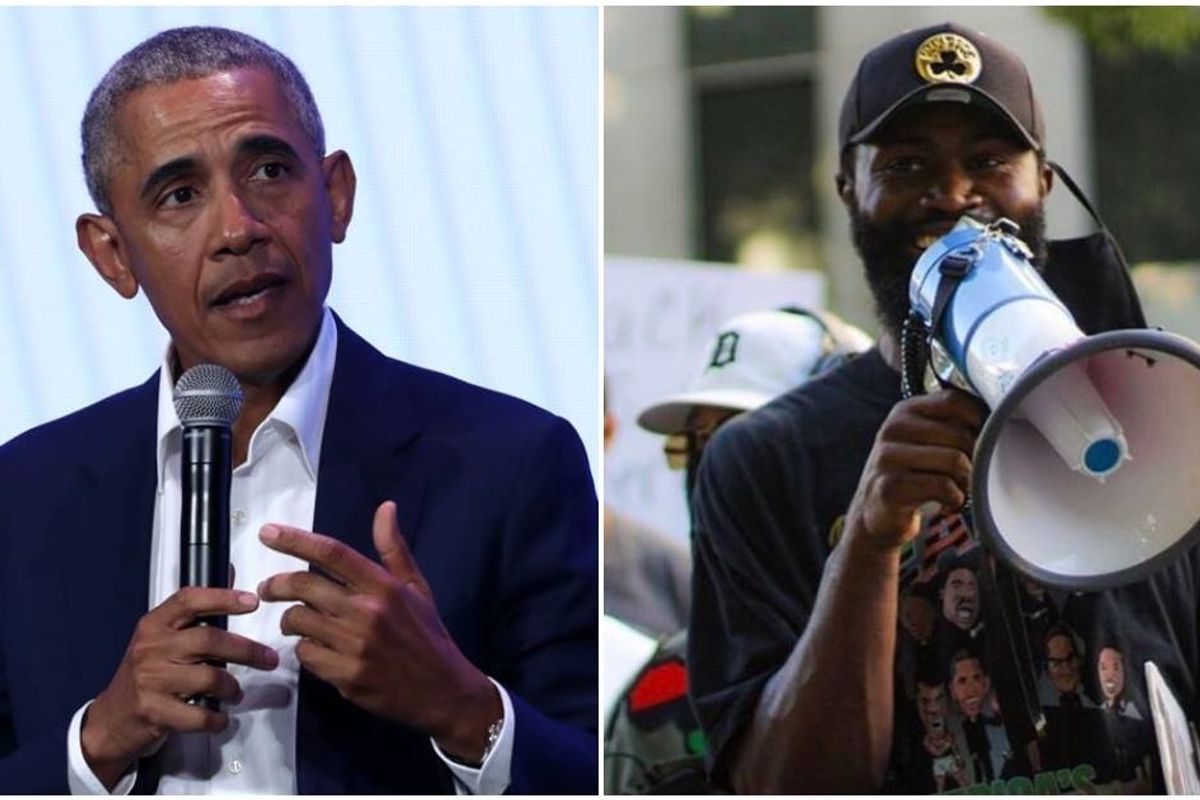 Barack Obama shared his advice on how to turn the passionate response to George Floyd's kllling at the hands of Minnesota police officers into real change.

As a man whose successful 2008 presidential bid was based on the promise of "Hope" and "Change," his words are vital at a time when people are screaming for it from the streets.

In an essay entitled, "How to Make this Moment the Turning Point for Real Change" Obama stresses the idea that change comes not only from direct action — taking it to the streets — but through diligent work in state and local politics.

"I've heard some suggest that the recurrent problem of racial bias in our criminal justice system proves that only protests and direct action can bring about change, and that voting and participation in electoral politics is a waste of time. I couldn't disagree more," Obama wrote.

"The point of protest is to raise public awareness, to put a spotlight on injustice and to make the powers that be uncomfortable; in fact, throughout American history, it's often only been in response to protests and civil disobedience that the political system has even paid attention to marginalized communities," he continued.

However, Obama only sees protests as the beginning of a longer, more painstaking effort.

"But eventually, aspirations have to be translated into specific laws and institutional practices — and in a democracy, that only happens when we elect government officials who are responsive to our demands," Obama wrote.

While much of America's outrage at institutional racism is directed at President Trump, Obama believes the real work has to be done much closer to home.

"And yes, we should be fighting to make sure that we have a president, a Congress, a U.S. Justice Department, and a federal judiciary that actually recognize the ongoing, corrosive role that racism plays in our society and want to do something about it," Obama wrote.

"But the elected officials who matter most in reforming police departments and the criminal justice system work at the state and local levels," he adds.

Obama then described how participating in the political process on a local level is the most effective way to create tangible change.

"It's mayors and county executives that appoint most police chiefs and negotiate collective bargaining agreements with police unions. It's district attorneys and state's attorneys that decide whether or not to investigate and ultimately charge those involved in police misconduct," Obama wrote.

However, local governments can't be changed unless those who are most adamant about it — America's youth — get out and vote.

"Unfortunately, voter turnout in these local races is usually pitifully low, especially among young people — which makes no sense given the direct impact these offices have on social justice issues, not to mention the fact that who wins and who loses those seats is often determined by just a few thousand, or even a few hundred, vote," Obama writes.

A study conducted by Portland State University tallied voter turnout in the most recent mayoral elections in the 30 largest cities and found that voters 65 and older were a median of seven times more likely to cast a ballot than than those ages 18 to 34.

"There's an enormous disconnect with younger citizens in understanding the impact that local governments have," says Phil Keisling, Director for Center for Public Service. "They're ceding to their grandparents the political decisions."

Obama also says that one of the best ways to change the system is to make demands specific. So he shared a tool kit on police reform developed by the Leadership Conference on Civil and Human Rights that he formed while in the White House.

Obama concluded his essay by saying the movement has given him hope that sustainable change can be made in the aftermath of the protests.

"If, going forward, we can channel our justifiable anger into peaceful, sustained, and effective action, then this moment can be a real turning point in our nation's long journey to live up to our highest ideals," Obama wrote.

He signed off his piece with an empowering, "Let's get to work."

From Your Site Articles
Related Articles Around the Web
obama how to create change
Trending Topics
THE DAILY GOOD
Start your day with something GOOD.
Trending Stories
Culture