“I hope they decide to show some love to the women.” 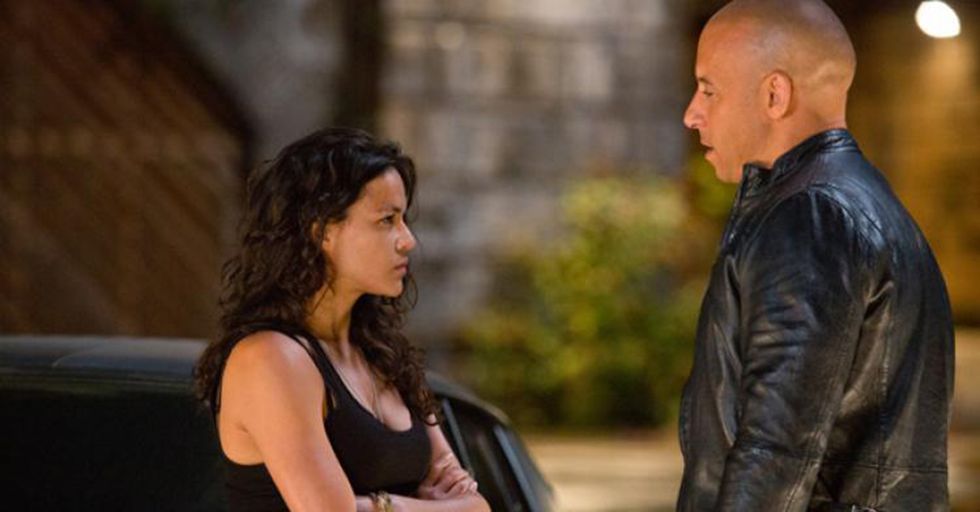 While the first entry in the “Fast and the Furious” franchise started off as a niche film aimed predominately at men, it has since grown into a blockbuster mass-marketed franchise that’s achieved prominence similar to Star Wars and Marvel films. As the series’ reach and prominence grew, so too did the cast, scooping up stars along the way, such as Ludacris, The Rock, Charlize Theron, Jason Statham, and even Helen Mirren.

But as the franchise has skyrocketed to blockbuster status, one star of the franchise, who has been around since the first installment, seems to have grown frustrated with the way the movies continue to portray female characters. Michelle Rodriguez, a series mainstay who plays the no nonsense crew member Letty, feels it’s time to issue an ultimatum to the producers: Improve the stories for female characters or I walk.

Rodriguez’s statement comes in the wake of big strides made by the DC and Star Wars franchises, which put female characters unconditionally front-and-center in recent releases like “Rogue One” and “Wonder Woman.”

In the below Instagram post promoting the digital release of “The Fate of the Furious,” Rodriguez framed it so that it’s up to the producers to get her to stay, implying that one foot might already be out the door, failing a change.

The film has increased the number of female characters in recent installments, but they’ve largely served as peripheral to the male leads driving the stories forward.

While we’ve seen serious Hollywood stars take stands to promote diversity of race and gender depictions in films, Rodriguez is reminding the world that even fun films should be held to the same standard. For that reason, her work to promote the inclusion of women in the franchise might not be artful, but given the box office numbers, it might serve to be more important.