Most Americans are against shopping on Turkey Day. 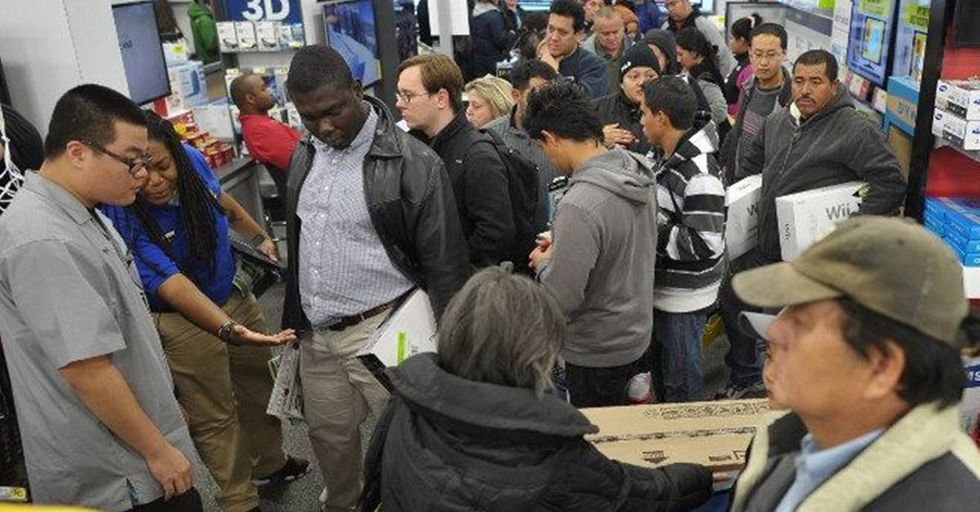 Americans once had a nice buffer to the beginning of the Christmas season, a holiday known as Thanksgiving. Thanksgiving was a day to give thanks for all of our blessings — until retailers flipped the holiday on its ear by having pre-Black Friday sales that pitted crass consumerism against gratitude.

The polar shift began in 2010 when Sears violated the retail honors system by having a pre-Black Friday sale on Thanksgiving Day. Target and Walmart soon followed suit, ruining Thanksgiving for retail workers and their families across the country. “Where would it end?” Americans asked themselves. It seemed inevitable that Black Friday would be pushed back to Labor Day in the near future.

Now there appears to be a positive trend that could put a halt to Christmas creep. Retailers are closing their doors on Thanksgiving to give their employees more time with their families. According to Best Black Friday, 2017 will have the largest number of major retailers closing their doors on the holiday since it began surveying shops in 2013.

The trend in store closures aligns with a majority of Americans’ feelings about shopping on Thanksgiving. According to a survey by Best Black Friday, 57% of Americans do not like the idea of stores opening on Thanksgiving while 27% don’t care and 16% are all for it. Last year, America’s largest shopping mall, the Mall of America in Bloomington, Minnesota, bucked the trend by closing its doors to “give this day back to our 15,000 employees and their families.”

Here’s a partial list of the 75-plus major retailers that say they will be closed on Thanksgiving Day. For a full list, go to Best Black Friday.