Prepare to be convinced. 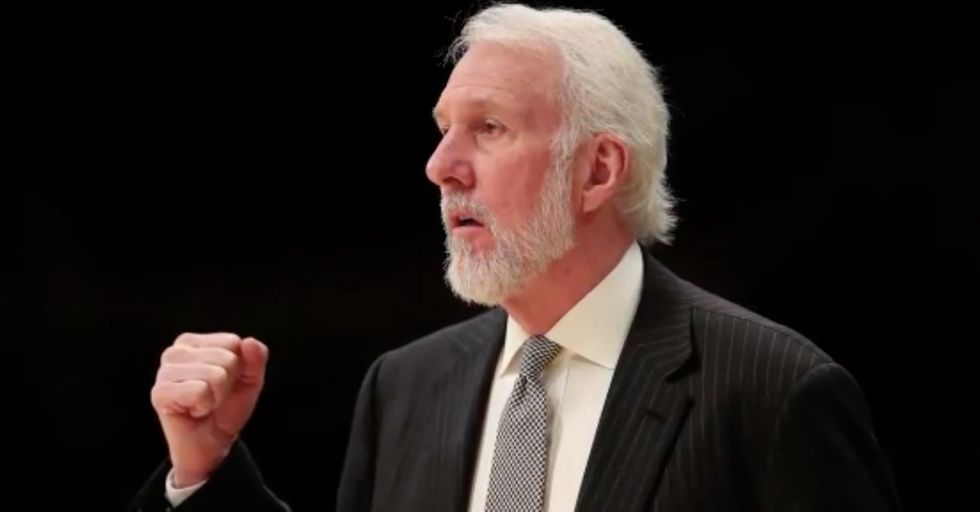 The NBA is known by casual sports fans to be a far more progressive league than any other in the United States. Coaches and players aren’t afraid to get political, and in doing so, they endear themselves to like-minded fans as leaders off the court as well as on it.

Gregg Popovich stands alone as the most outspoken of NBA personalities, never shying away from the opportunity to address the social issues at hand, be they LGBTQ rights, gun violence, or our sitting president’s approach to leadership.

With that pedigree and history, Funny or Die asked America the simple, only-half-joking question: Why not Pop for president in 2020?

Given the source, it’s easy to initially dismiss the premise as a cheap gimmick, but the video lays out a succession of compelling reasons that lead us to ask “Why not Pop in 2020?” Clearly, our sitting commander-in-chief has demonstrated that a lack of political experience is no longer a deal-breaker.

Further, Popovich is a veteran and has been a guest of the White House under the previous three presidents, both Republican and Democrat. His leadership, demonstrated through his professional successes, has brought about five NBA championships and three Coach of the Year awards.

But the video saves perhaps the most compelling reason for last: The man doesn’t have a Twitter account. That fact alone could swing a substantial contingent of single-issue voters his way, Spurs fans or not.

Pop in 2020? It may sound laughable, but considering the state of things, perhaps it’s just what we need.