Just try to count the smirks. 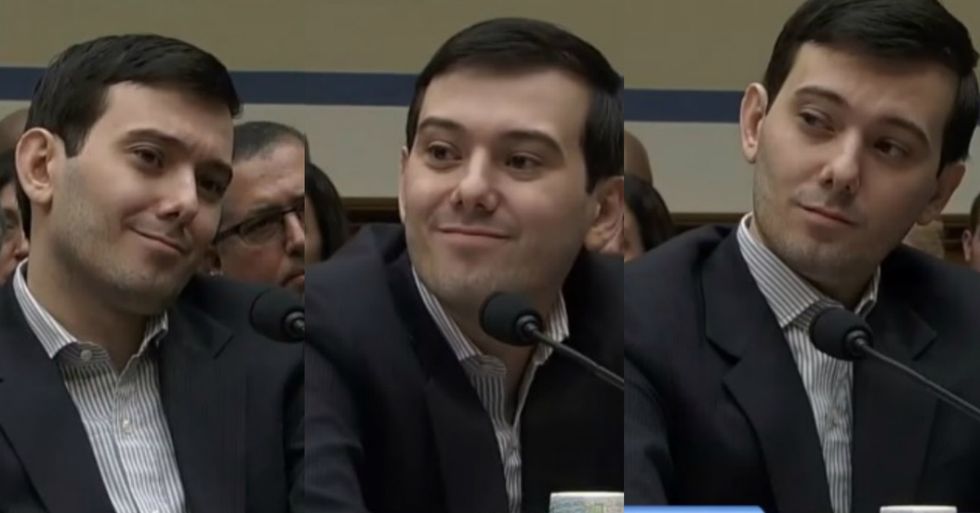 Martin Shkreli, a.k.a. "Pharma Bro," a.k.a. the former hedge-fund CEO whose pharmaceutical company angered many after dramatically raising the price of a life-saving AIDS drug—appeared at a congressional hearing on drug price increases Wednesday, but frustrated many with his unwillingness to cooperate.

Shkreli, who frequently invoked his Fifth Amendment privilege against self-incrimination, refused to answer any questions pertaining to his raising the price of Daraprim from $13.50 to $750 a pill. Shkreli, already the target of peoples’ ire over what they consider his unconscionable greediness, delivered a performance that has ignited a new round of outrage. Besides refusing to answer the majority of Rep. Trey Gowdy’s questions, Shkreli frequently smirked, his general demeanor best described as arrogant.

For instance, here's a supercut that YouTuber TacoBurritoLegend compiled of every one of Shkreli's smirks, set to music.

Outrageously high drug prices are a serious problem, one that can’t be pinned entirely on a single individual. To learn more about the issue, check out this article detailing how, in 2015, drug prices jumped by more than 10 percent. And to get an idea of how much Big Pharma spends on lobbying, click here.