How Libraries Won Over The Hearts Of Millennials

They aren’t just taking selfies in the stacks, either. 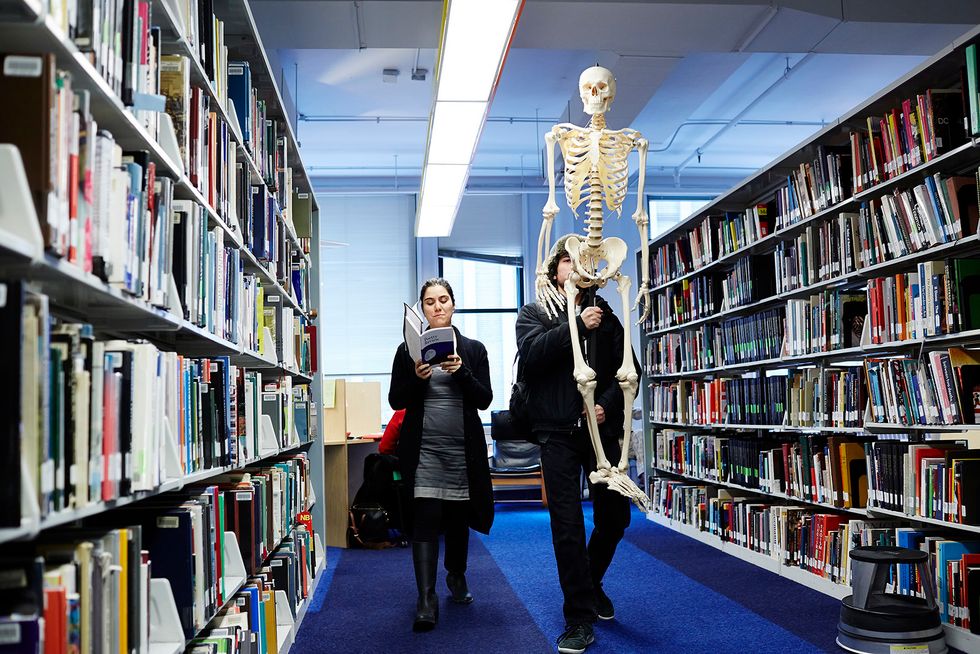 Millennials are sometimes stereotyped as the “pics or it didn’t happen” generation — folks who only go places so they can post selfies online to prove they were there. But a chance to strike a pose in the stacks probably isn’t what makes libraries more popular with Americans ages 18-35 than with any other group of adults.

[quote position="left" is_quote="true"]We are asking the community what they want from their library, and we are listening.[/quote]

Yet popular they are, by a wide margin. That’s the main finding of a new report from Pew Research Center, which reveals that more millennials use their local libraries than other adult generations. Pew’s data, collected in a survey administered during fall 2016, found that 53% of millennials said they’d used a library or bookmobile in the previous 12 months.

That’s higher than the “45% of Gen Xers, 43% of Baby Boomers and 36% of those in the Silent Generation,” who used a library or bookmobile according to Pew. And when you see them on their smartphones, millennials might not be uploading images to Instagram and Snapchat after all. Pew found that 41% of millennials have used a library’s website in the past 12 months, compared to 24% of baby boomers.

It’s true that more millennials have a college degree than any other generation of young adults, but respondents to Pew’s survey weren’t talking about going to a library to cram for finals. In its survey, Pew made sure to use “wording specifically focused on use of public libraries, not on-campus academic libraries.”

In a previous report on library usage, Pew wrote that “notable shares of Americans do not know that libraries offer learning-related programs and material.” Libraries have made a significant transition over the last two decades from being mere repositories of books to being resource-stacked centers of community engagement and learning — and that seems to have attracted younger folks.

Research released by Pew in 2014 revealed that millennials actually outread every other generation. However in its most recent report, Pew suggests that one of the main drivers of millennial public library usage is that they are coming in to access free computers and internet connections. That’s backed up by what librarians themselves are seeing. Millennials “are familiar with the fact that the library offers them the bandwidth and wireless access they might not get anywhere else," Julie Todaro, president of the American Library Association, told CNN.

It also doesn’t hurt that the ALA trains librarians on how to reach the public on social media. A two-day ALA workshop in Chicago in August will teach librarians how to market library services to Snapchat users. (And you thought librarians only learned the Dewey Decimal System.)

Although the internet might be luring millenials into libraries, they’re likely sticking around because of the depth and breadth of educational resources and cultural programs. A visitor to one of the 73 branches of the Los Angeles Public Library can check out a photography book (good luck reading that on your smartphone or tablet), take a free class that prepares them for the civics test required to become a U.S. citizen, or attend a talk given by “RuPaul’s Drag Race” host RuPaul Charles.

Overall, 46% of all adults ages 18 and older have used the resources offered by their public library or bookmobile during the previous year, reported Pew. “When we say that the library is for everyone … we really mean that there is something that everyone can find at the library to fulfill the desire of reading, entertainment, internet access, self-help, technology assistance or social desire,” Kimberly Bowen, the director of the Denison Public Library in suburban Dallas, told the Herald Democrat. “I think it’s simply that we are asking the community what they want from their library, and we are listening.”

Of course, all this doesn’t mean that millennials don’t take selfies in public libraries. But now the folks snapping and posting those pics on Instagram might just be the librarians themselves.