Brewers Recreate A 2500-Year-Old-Beer Found In A Tomb

It was discovered at a German grave site 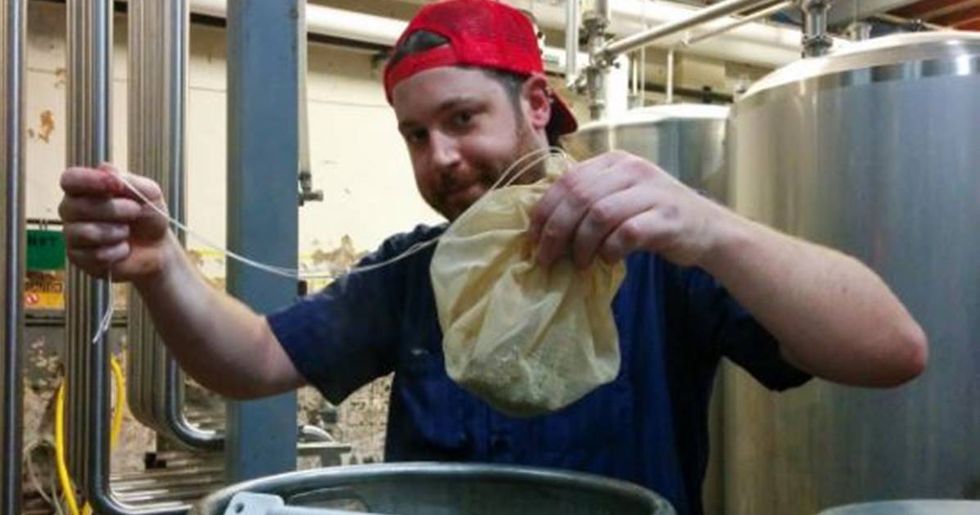 Archaeologist Bettina Arnold was excavating a grave site in Germany when she made an amazing discovery. No it wasn’t precious jewelry or a treasure map, but a bronze cauldron full of 2500-year-old beer. “It’s a BYOB afterlife, you know?” Arnold told NPR. “You have to be able to sort of throw a party when you get there.” Although the beer was 2500 years old and most likely a bit skunky, Arnold still wanted a taste so she decided to recreate the ancient ale with the help of a paleobotanist and a Wisconsin brewmaster.

The cauldron held about 14 liters of fluid so the paleobotanist had plenty to analyze to decipher the ingredients. They discovered the brew was most likely a braggot which is made from honey and barley with a hint of mint and meadowsweet. Next, Arnold took the recipe to brewmaster Chad Sheridan and his team at Lakefront Brewery in Milwaukee, Wisconsin.

Sheridan brewed the Bavarian suds for seven hours and let it ferment for two weeks. Finally, the drink 2500 years in the making was ready to be tasted, and according to NPR’s Bonnie North, it wasn’t all that bad. “The result was smooth and pleasant — almost like a dry port, but with a minty, herbal tinge to it. It also packed an alcoholic kick,” North said. Sadly, this was a one-time brew for the folks at Lakefront as ancient ales aren’t big with the kids these days. But Arnold hopes to develop a class at University of Wisconsin-Milwaukee where students can recreate ancient brews and then party like its 450 BCE.