Infographic: What Congress Would Look Like If It Really Represented America

Spoiler: There's not a lot of color on the Hill. 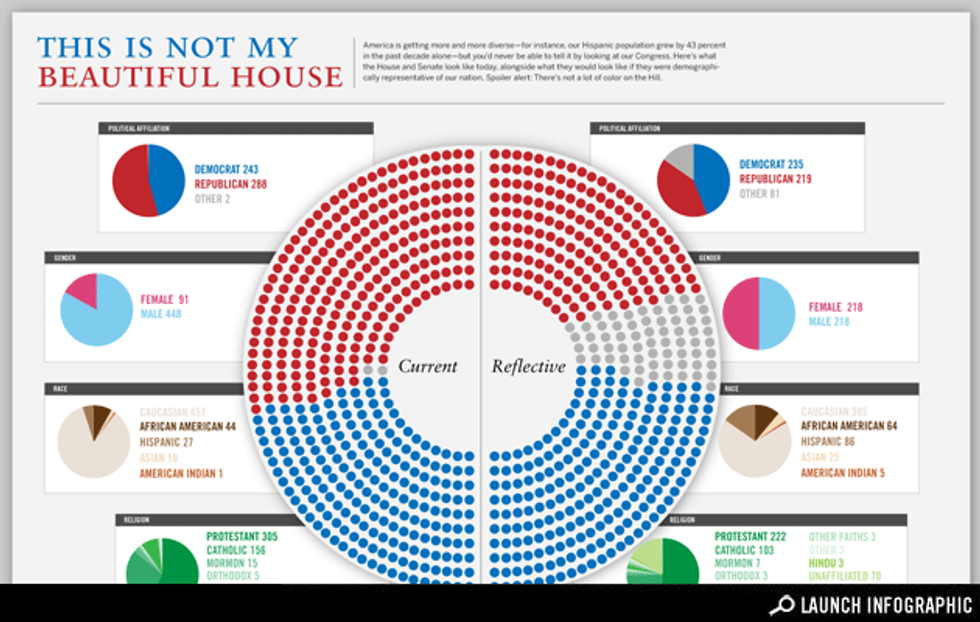 America is getting more and more diverse—for instance, our Hispanic population grew by 43 percent in the past decade alone—but you'd never be able to tell it by looking at our Congress. Here's what the House and Senate look like today, and what they would look like if they were demographically representative of our nation.

One thing not noted on this infographic is that, besides being nothing like America in terms of race, sex, or religion, our senators and representatives are also wholly different from most Americans in terms of wealth. We've said this before, but it bears repeating: The average American's net worth is $96,000. But the average Senator's net worth? $13.4 million. For House members that sum drops to "just" $5 million.

Does this represent your community?

Correction: This post originally suggested that there were no atheists in Congress. There is! His name is Pete Stark. We regret the error