Infographic:When Dogs and Cats Go Beyond Being Pets

Brought to you by Purina ONE beyOnd. See what roles dogs and cats play in our every day lives. 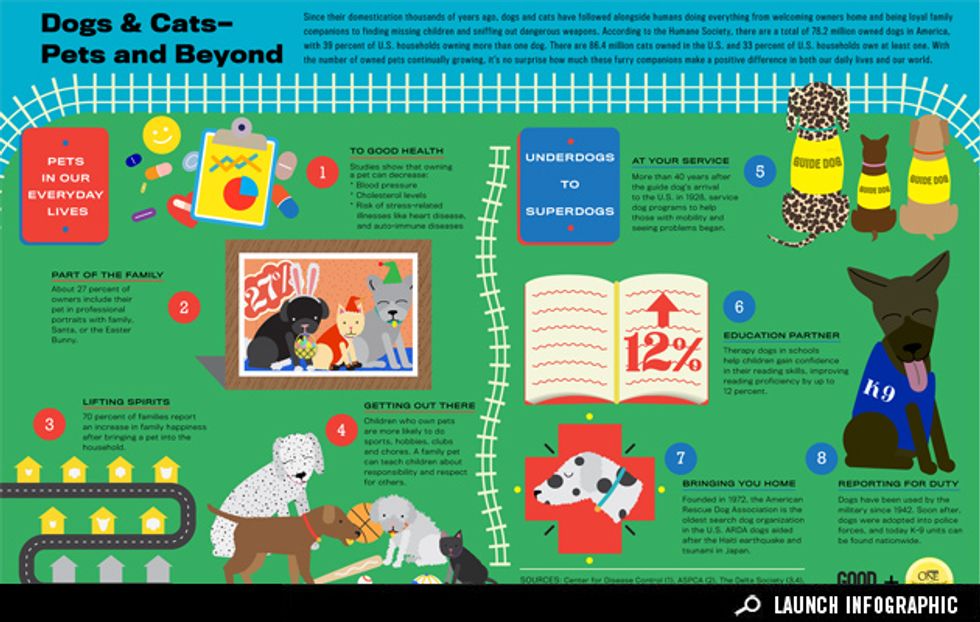 Since their domestication thousands of years ago, dogs and cats have followed alongside humans doing everything from welcoming owners home and being loyal family companions to finding missing children and sniffing out dangerous weapons. According to the Humane Society, there are a total of 78.2 million owned dogs in America, with 39 percent of U.S. households owning more than one dog. There are 86.4 million cats owned in the U.S. and 33 percent of U.S. households own at least one. With the number of owned pets continually growing, it's no surprise how much these furry companions make a positive difference in both our daily lives and our world.