Transparency: How Many People Are Our Drones Killing in Pakistan

As the war in Afghanistan winds down, our attacks in Pakistan are increasing. See how many people we are targeting with the unmanned aircraft program. 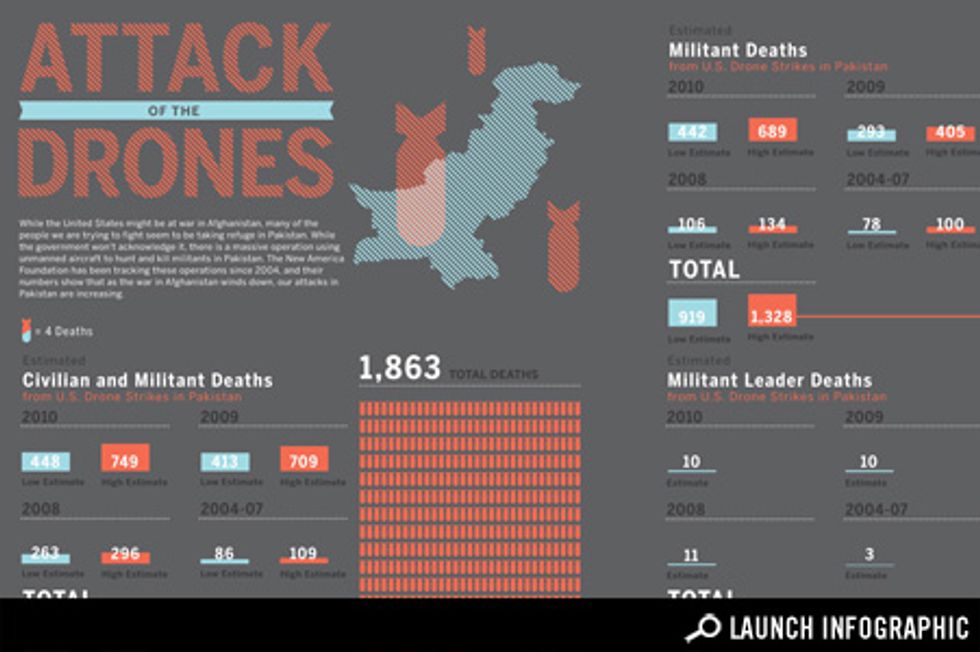 While the United States might be at war in Afghanistan, many of the people we are trying to fight seem to be taking refuge in Pakistan. While the government won't acknowledge it, there is a massive operation using unmanned aircraft to hunt and kill militants in Pakistan. The New America Foundation has been tracking these operations since 2004, and their numbers show that as the war in Afghanistan winds down, our attacks in Pakistan are increasing.

A collaboration between GOOD and Deep Local