His investment helped save his elderly neighbors from eviction 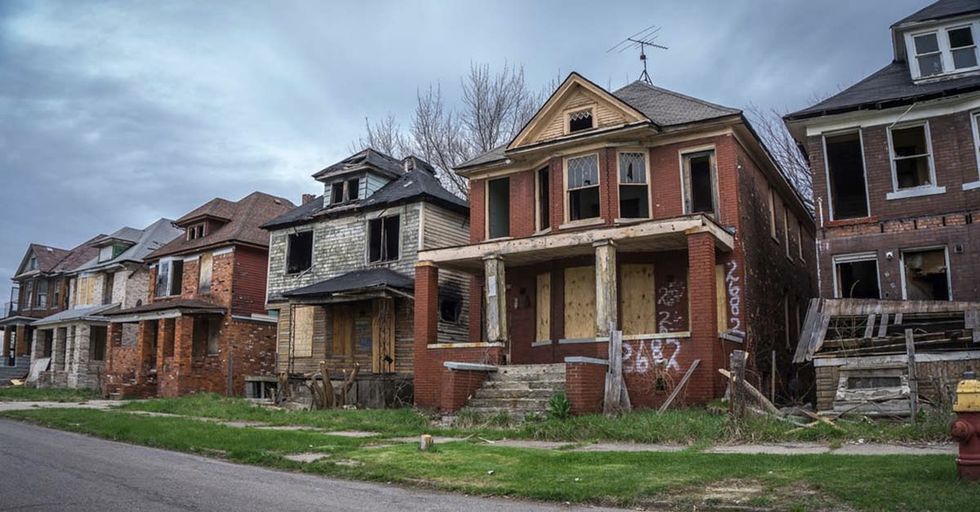 In Detroit, for less than the price of a laptop or even a cell phone, you can buy a house. Houses that have been abandoned by owners in search of work and mortgages defaulted on by struggling borrowers have skewed the curves of real estate supply and demand in Detroit to near-cartoonish proportions. In many neighborhoods, banks have little interest in their collateral, so vacant houses are swapped at auction like used cars.

Drew Philp, a 23-year-old Detroit resident and homeowner, offers a firsthand account of the surreal effects that warped housing prices have on Detroit neighborhoods that have been forgotten by institutions, financial and civic alike. More than just an eye-grabbing title, A $500 House in Detroit offers a human perspective on the curiosity of homes—blocks and neighborhoods, even—for the taking because no one else wants them.

Since 2011, Wayne County has foreclosed on an astonishing 25% of homes due to nonpayment of property taxes. Their foreclosure not only left many occupants homeless, but the depressed pricing left the assets—the houses themselves—near-worthless when it came time to liquidate them.

A $500 House in Detroit examines Philp’s efforts in 2009 to save his elderly neighbors from eviction by bidding on their house at auction. While taking on another property in this curiously twisted market doesn’t speak to any rational financial motivations, the starting price of $500 remains an extraordinary opportunity to do the neighborly thing and maintain some sense of community amid the turmoil caused by both the micro and macro forces at play late last decade.

In such markets, sketches such as this, of Philp’s house, serve as all the due diligence available in deciding whether or not to pull the trigger on a purchase.

Ultimately, Philp and a friend score the house for $2,300. It’s far more than they thought they would spend and astronomically less than most of us could ever imagine. Ownership immediately reverted back to the occupants of 30 years.

Many of us, especially those in larger metro markets, may start salivating at the thought of such affordable home ownership. These aren’t studio apartments that are on the auction block. These are homes. Two stories. With yards. Molding and such. Detroit may be in flux as an economy, but for any freelancer or remote worker, these houses seem like the golden ticket. However, as with any zero-sum game, for every big winner there exists a big loser. In these instances, the losses are spread among displaced homeowners, lending institutions with little recourse to reclaim their loans, and—the easiest to overlook—those who remain, wondering what will come of their communities.

To learn more about Drew’s experience buying this property, visit his Reddit AMA on the topic, conducted on April 11.