In Spite Of ‘Wonder Woman’ Success, Comics Are Still Plagued By Sexism, A Study Reveals 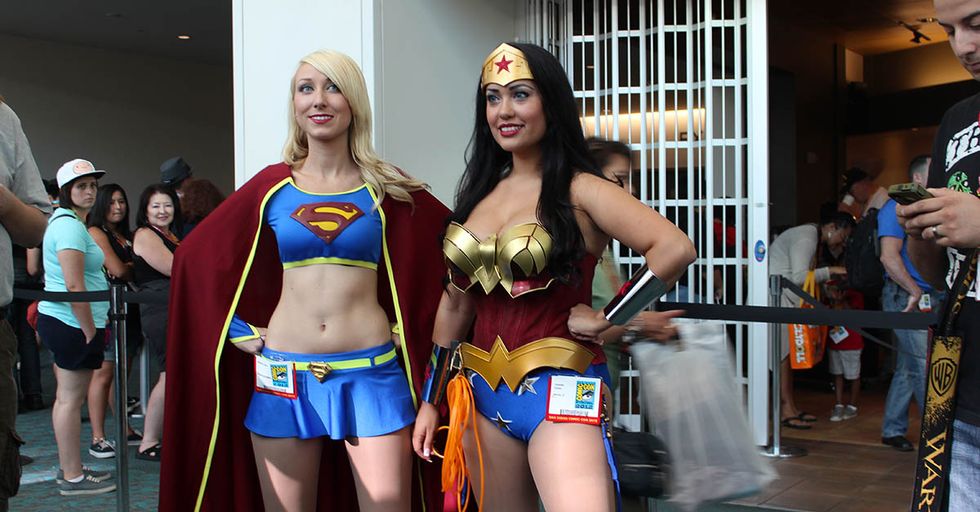 Patty Jenkins’ runaway blockbuster “Wonder Woman” no doubt made great — if not long overdue — strides in proving a female lead can carry a summer flagpole film, but its success shouldn’t distract us from the fact that comics, especially under the DC and Marvel banners, have a long way to go in the quest for equality.

A study done by The Pudding found that despite the near-equal split of the population along gender lines, only 27% of Marvel characters — of any type, not just heroes — are female. Only 12% of the most popular comics feature female protagonists.

Beyond the numbers, the work’s author, Amanda Shendruk, addressed the issue inherent to the depictions of women that comics choose. The characters and their storylines are rife with oversexualized and stereotypical characters. When women are given superpowers, they’re far more likely to be tied to gender roles rather than physical prowess. This includes “powers” pertaining to intellect, empathy, and even traits like pheromone control and the ability to control one’s hair, which prove that the playing field is far from level when it comes to what a character is capable of in a comic story.

Whether the relationship is by nature of cause or effect, the stories lead to fan-targeted content that perpetuates the issue.

The study is eye-opening on a number of fronts and is certainly worth a read for any fan of not just comics, but cinema or literature as well. While the snapshot of the comic landscape may be bleak in terms of the treatment of gender, the “industry” isn’t the only guiding force here. As we’ve seen in recent conventions and with audience turnout for films like, yes, “Wonder Woman,” things are getting better on a number of fronts.

When dad is a superhero. Liev Schreiber accompanies his son dressed as Harley Quinn to #ComicCon. (Via @KevinYounge) https://t.co/oWjPtCiaTS
— Mike Sington (@Mike Sington)1500901025.0

Yay for breaking gender norms. But cosplaying sexualized comic characters is still not ok for our boys or girls.. I… https://t.co/axX6bec58T
— It takes O'village (@It takes O'village)1501006183.0

OK, maybe even this image hasn’t found a consensus, but instances like these provide a heartening hope for fans and non-fans alike.