Nearly half a million people are using it already. 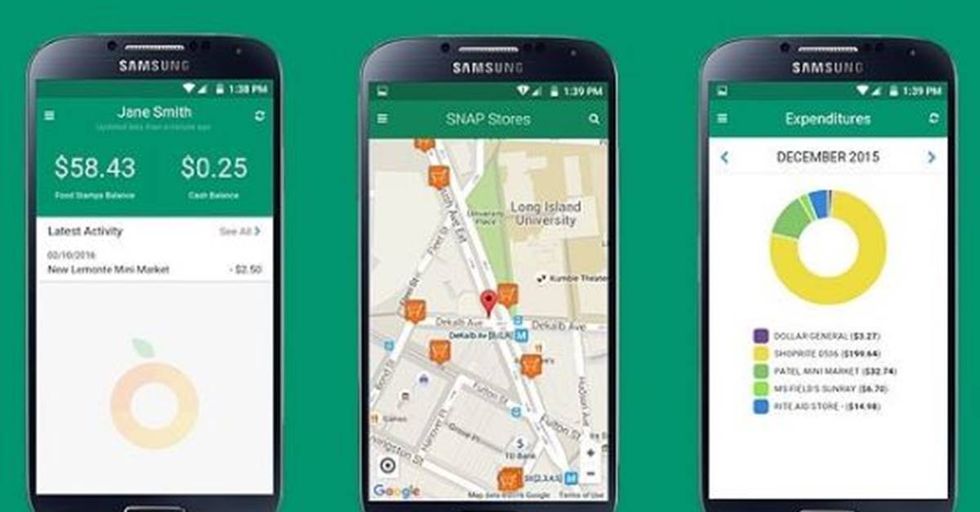 The Supplemental Nutrition Assistance Program (SNAP) provides federal aid to low- and no-income people to help them afford food each month. In 2016, just over 44 million Americans used the program, with the average person receiving $125 a month in benefits. The program peaked in 2013 with over 47 million people enrolled due to the Great Recession.

SNAP began in 1969 as the Food Stamp Program, and users were given books of coupons that resembled U.S. currency. Over the years, it has evolved to implement Electronic Benefits Transfer (EBT) cards that allow people to use their food stamp and welfare benefits like a debit card. One drawback of the program is that users have to call a phone number and enter a 16-digit account number to check their balances.

“You have to wait to hear the prompts, and then you have to hit in the numbers,” SNAP user Lisa Ortega told Marketplace. “And if you don’t use it because you don’t want to fumble around, you have to put food back, and it’s humiliating, actually.”

To make things easier for people on government aid, Propel, a New-York-City-based start-up, launched Fresh EBT, which allows them to check their benefit balances through a free, easy-to-use mobile app.

The app also informs users when their next deposit is expected, when to reapply for benefits, where to find retailers that accept EBT, and shares coupons and weekly specials. When people have a clear idea of the amount in their benefit accounts, it allows them to make better budgeting decisions. “Our software fights poverty through technology,” Jimmy Chen, CEO of Propel told Forbes.

According to Chen, over 700,000 people have downloaded the app since its launch last year.