This Halloween, wear these costumes to scare conservatives on an ideological level. 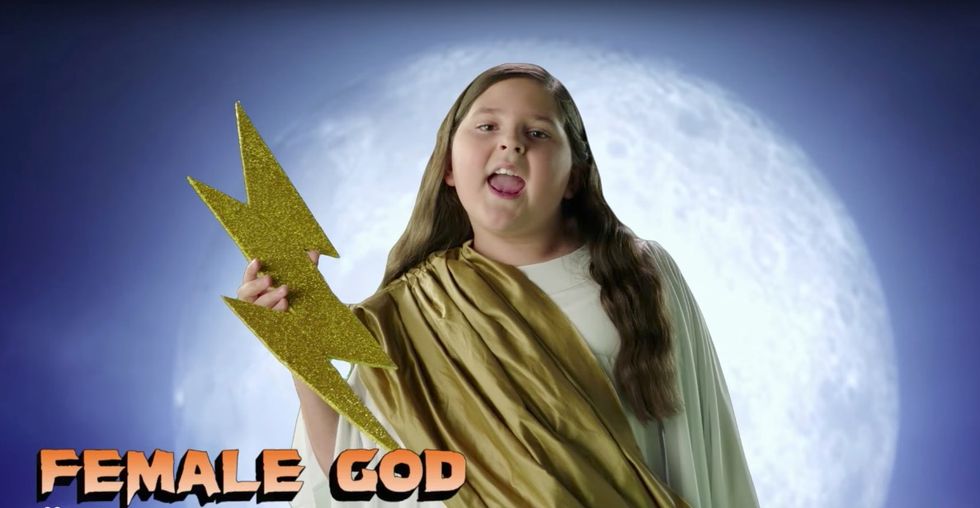 At a time when the rift between the political right and left has never felt bigger, Sarah Silverman has undertaken her new weekly talk show, “I Love You, America,” in the hopes of bridging America’s ideological gap by focusing on the country’s shared humanity. Belying that premise, however, is the fact that Silverman is, and always will be, a provocateur at heart. So while her stated intent may be sincere, she can’t help but mine the current climate for some absurdist laughs with a recent segment showcasing stereotypically liberal Halloween costumes that will likely do little to facilitate dialog between feuding political factions.

That said, they’re likely to be found plenty funny by people occupying all points on the political spectrum.

The fictional purveyor of costumes, Drew Nostume’s New Costumes, offers such progressive wares as a “Female God” outfit, an “All Gender Bathroom” ensemble, and a “Stay-At-Home Dad” costume, many of which serve little more purpose than to “spook your conservative neighbors.” If these costumes, modeled by kids in the sketch, do happen to frighten the right-leaning folks in your life, then perhaps they deserve to be a little scared by what they’re seeing.

The terrifyingly liberal and progressive costumes include:

As for what Silverman herself will be wearing this Halloween, that’s anyone’s guess, but based on her past choices for dress-up, it’s safe to say that many of those above would serve as a marked, tasteful improvement.

I wear the same costume every year for Halloween. Scott Bakula from Men of a Certain Age.
— Sarah Silverman (@Sarah Silverman)1383161195.0

Silverman’s new episodes of “I Love You, America” stream Thursday nights on Hulu.

Check out what @SarahKSilverman has in store for the next episode of #ILYAmerica! New episodes stream every Thursda… https://t.co/a4W3aeFZtD
— I Love You America (@I Love You America)1508966827.0