Haley Morris-Cafiero’s ‘The Watchers’ shows what it’s like to be overweight.

Her photos caught people snickering behind her back. 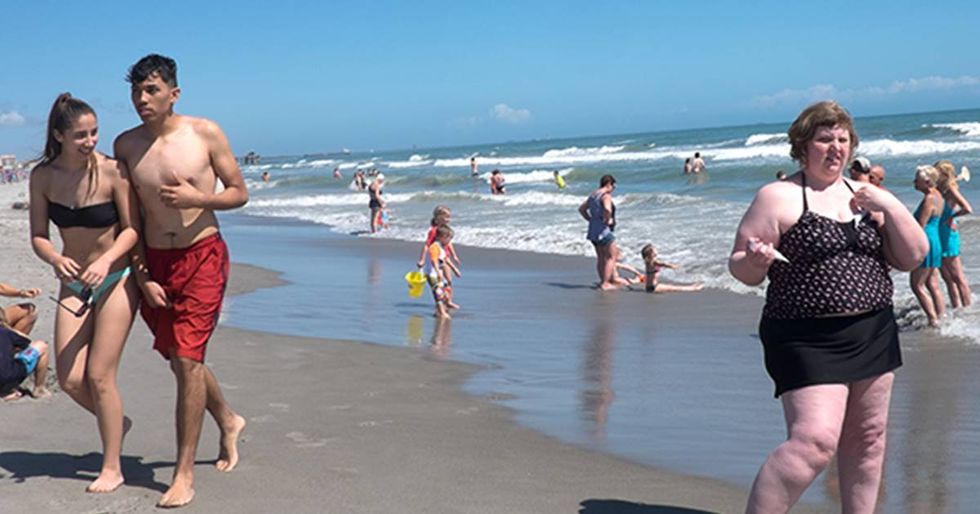 Four years ago, Tennessee photographer Haley Morris-Cafiero set up cameras in public for a self-portrait series she was going to call “Wait Watchers." Her original intent was to use the photos for self-reflection, but what she discovered was disturbing. On the film, she found people were making rude glances and facial gestures behind her back. So she turned the subject of her work from herself to the reactions of those around her. The results would eventually become her new book, “The Watchers."

After her first set of photos went viral, Morris-Cafiero was routinely criticized online by people who said she should exercise or get a makeover. So, to complete her book, she went to the most vain place on Earth, Los Angeles, and started exercising in public. Even though she thought the public may react to her self-improvement efforts sympathetically, she still found people snickering behind her back.

Ultimately, Morris-Cafiero's work has brought her inner strength and purpose. “By attempting to 'improve' myself, I am engaging in the conversation of body acceptance and idealized beauty standards that unrealistic and unwanted by many people," she told ATTN:. In addition to her own personal growth, her work has provided the opportunity to speak for overweight people facing the same stigmas.

Trump claimed that Osama Bin Laden is still alive. The man who shot him begs to differ.