A Hockey Player’s Wife Went Into Labor 276 Miles Away, So He Asked To Borrow A Rival’s Truck

His wife was in labor and he needed a truck. 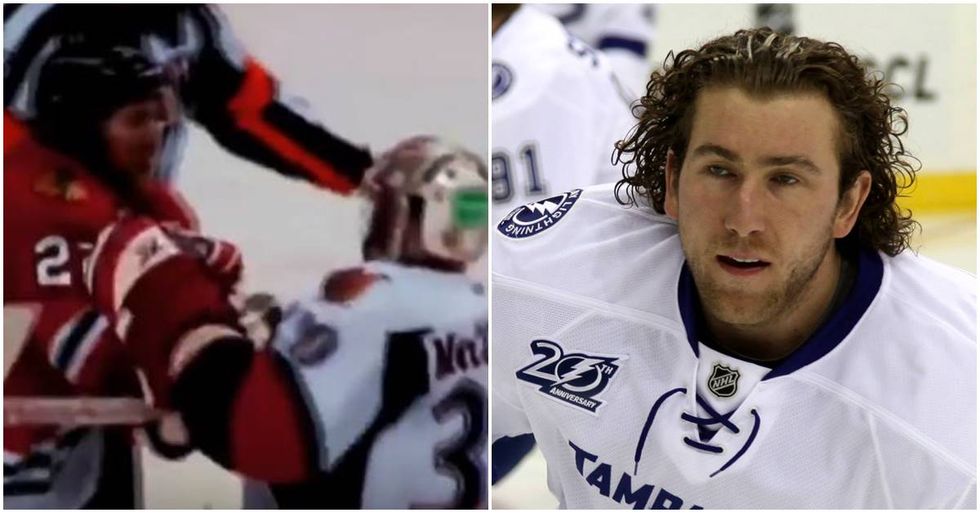 In the middle of the night on New Year’s Eve, American Hockey-leaguer Pierre-Cédric Labrie of the Milwaukee Admirals woke up in a hotel room to a call from his pregnant wife. “I went to bed around midnight, and at 2 a.m. the phone rings,” Labrie told the Journal Sentinel. “Water broke.”

The problem was that Labrie in Grand Rapids, Michigan, for a game against the Griffins — 276 miles away.

Labrie checked flights back to Milwaukee, but there were none available, so he woke up his teammate, Mark Zengerle. “I was like, ‘Zenger, you played in GR [Grand Rapids] a couple years ago,’” Labrie said:

“‘Do you know anybody that would let me borrow a car?’ Because I called taxi drivers, there’s a bad storm, no one wants to take me to Milwaukee. With the New Year’s Eve parties, all the chauffeurs for the private cars are reserved.’”

Zengerle told Labrie that Griffins goalie Tom McCollum may have a truck he could borrow. Labrie had never met McCollum ... although he had given him a cheap shot on the ice a few years back.

Labrie picked up the phone, called McCollum, and explained his situation. “It was kind of funny the way he said it,” McCollum said. “He was like, ‘Hey, I’ve got a question; it’s totally cool if you say no,’ and just kind of explained the situation.”

Labrie got the keys from McCollum, who lived nearby, and floored it to Milwaukee, making it just in time to witness the birth of his son, Lionel. “It was an adventure. I made it on time — 6:54 she delivered, and I got there by 6:15, 6:20,” Labrie said.