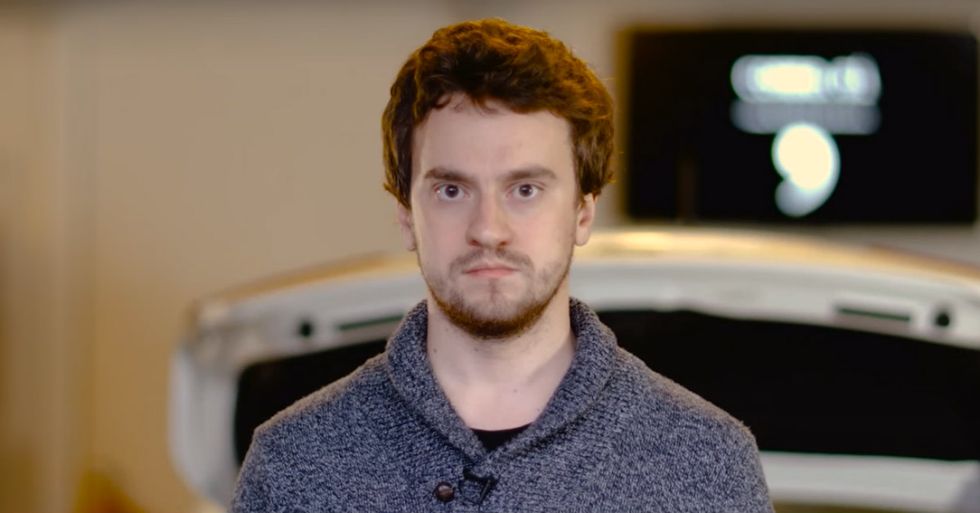 George Hotz is a 26-year-old tech genius who, at age 17, was the first to hack into the iPhone. Since then, he’s also broken into Sony’s PlayStation 3 console (something for which he was sued and ended up settling), and has held positions at Facebook and Google.

Over the past several years, Hotz has been building his own vehicle automation company, called comma.ai. After being approached by Tesla to build a driverless car, Hotz decided he could do it quicker—and way cheaper.

Hotz’s cars operate at a “Level 3” automation level, meaning that 99 percent of the time, the driver doesn’t have to do anything. (Level 4 would require no people in the car.) If you don’t like what the car is doing, you have the option to automatically switch back to manual steering.

Hotz claims that his cars will need only a set of six smartphone cameras priced at $13 each to operate, plus his original software. This would make the total cost of the self-driving package a mere $1,000.

Programmed into his driving technology is the idea that cars should behave like humans, rather than rigid machines with a set of preplanned rules. As a result, Hotz exposed his cars to more than 10 hours of real human driving footage.

If all goes as planned, Hotz is poised to become the next billion-dollar CEO, and a pioneer in the field of affordable A.I. technology.