Love is blind, and it only takes a few creepy skeletons to prove it. 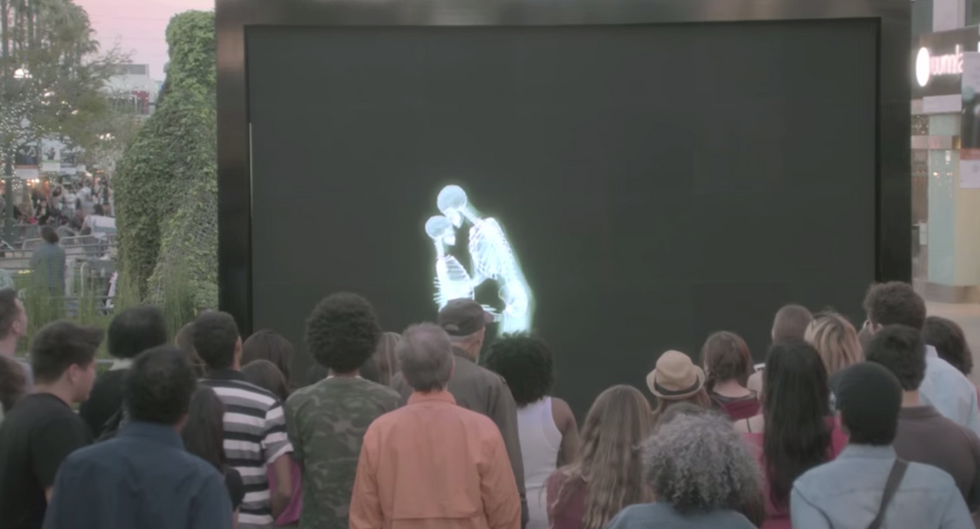 This article originally appeared on 03.04.15

In this new video from the Ad Council, they brilliantly use an X-ray screen to show couples as skeletons in love, but it's when they reveal the true identities of the people that they really pull at the old heartstrings. Apparently love really is blind, and it only takes a few creepy bone people to prove it. (via Upworthy)