Why do police tap your tail light when you're pulled over?

Have you ever noticed before that the police do this? 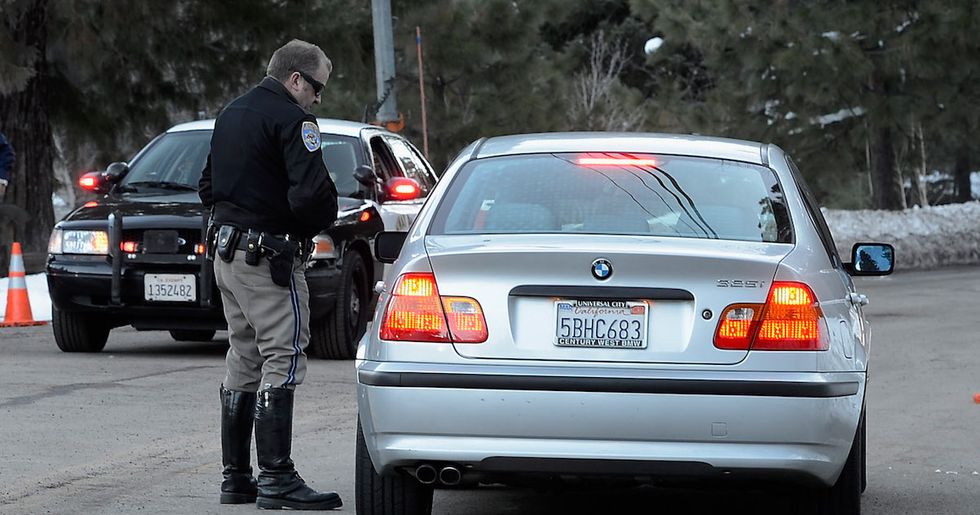 There are few things more nerve-wracking than watching an officer slowly walk up to your car through your side-view mirror.

Especially when you’re not sure why they pulled you over.

Are my registration and proof of insurance in the glove compartment? You ask yourself.

Oftentimes, as the officer walks up to your window, he or she will pat your back tail light with their finger.

There are two reasons why they do this.

Reason one: To leave behind evidence

These days, most police cars are equipped with dash cams to record the interaction, but back in the day, there was little physical evidence of the encounter. So an officer would tap a finger on a tail light to leave a fingerprint.

“In case the officer found himself in a dangerous situation while pulling over the subject vehicle, fingerprint evidence would prove that he or she was present at the scene,” The Law Dictionary says. “The fingerprints would only be utilized if the interaction between the driver and the cop led to a criminal investigation.”

Reason two: To startle the driver

Whenever an officer approaches a stopped car, they have to be ready for a potentially dangerous situation. The person they’ve pulled over may have a firearm or dangerous drugs in their car, so a tap on the tail light can distract them while attempting to hide any contraband.

“The driver is likely not expecting the noise of the tap – which typically causes him or her to stop for a moment, giving the police officer additional time to witness what the driver is trying to hide (if there is anything),” The Law Dictionary says.

Now that police officers have body cams and dash cams, the era of the tail light tap is quickly coming to an end. So these days, if you hear a tap, “it’s likely out of habit rather than necessity,” The Law Dictionary says.