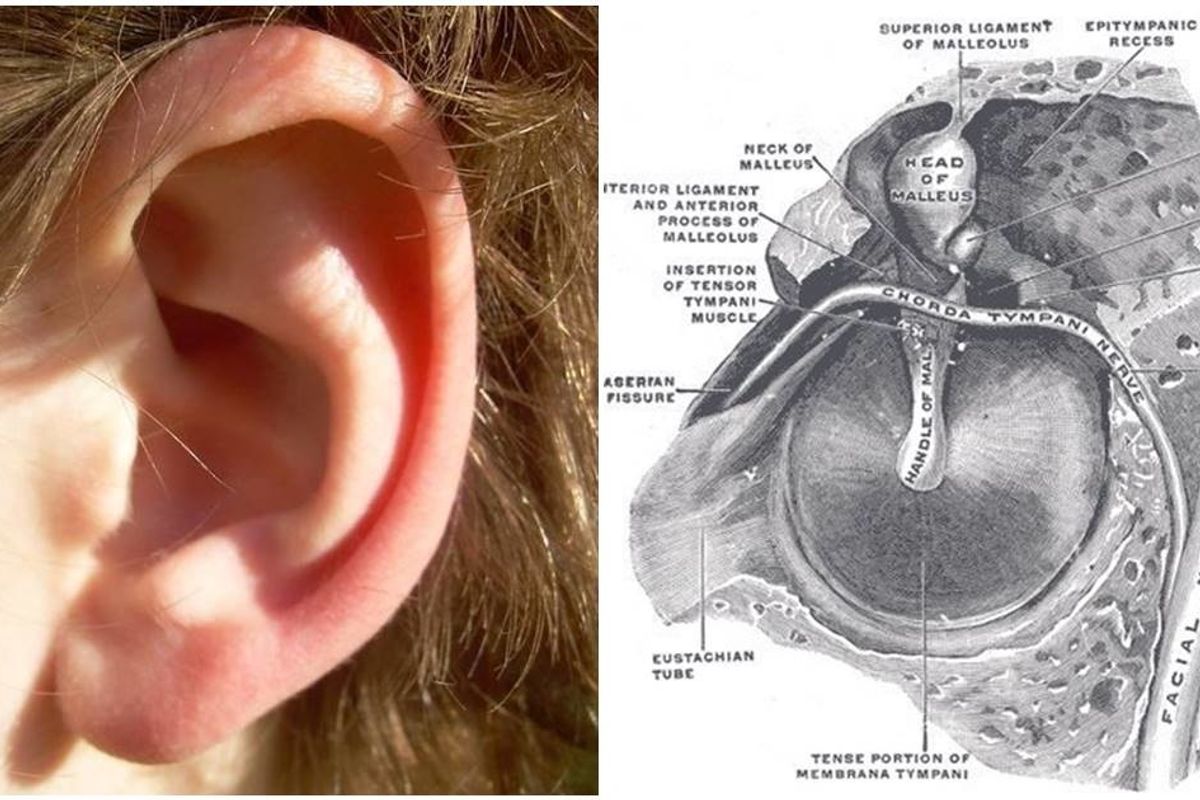 There are no two human beings who are exactly alike. One of the funny quirks of evolution is that some of us can do things with our bodies we think are routine, but are impossible for others.

Not everyone can lick their elbow but most wouldn't attempt to do so in public.

A Twitter user named Massimo dropped some knowledge last month about a skill that not everyone has and even fewer discuss: ear rumbling.

Those of us who can do it know exactly what it is, while it's a mystery to those who cannot.

A part of the human population can voluntarily control the tensor tympani, a muscle within the ear. Contracting this muscle produces vibration and sound. The sound is usually described as a rumbling sound https://t.co/FjD36qFACU pic.twitter.com/ianKb60EK8
— Massimo (@Rainmaker1973) February 17, 2020

People who can ear rumble have the ability to control the tensor tympani, a muscle within the ear. Contracting the muscle creates a rushing, rumbling sound that, if flexed enough, can drown out a significant amount of noise.

This can be useful when someone is saying something that you don't want to hear but don't want to be rude and cover your ears. It can come in real handy if someone is about to spoil your favorite TV show or if you live with someone who can't stop nagging.

Some people cannot voluntarily create the rumbling sound but hear it when they let out a large yawn.

There's a Reddit sub-forum just for ear rumblers with over 60,000 people. Here's how some of them get rumblin'.

"I just squeeze the muscle in my ears I guess," — melvinthefish

"When I flex and hold whatever I'm manipulating to do that, I get my rumble," — ttywzl

"I get a mild rumble just doing the usual flex, but i can make it a bit louder by bringing my top lip up to my nose," — Willmono7

"The best way I can describe it is I 'squint my ears,'" —SteeleIT

The muscle exists to mask-low frequency sounds so we can focus on those at a higher frequency. It also works to mute sounds we create ourselves such as eating potato chips or coughing. It's a way that helps us from becoming annoyed with our own bodies.

Unfortunately, the muscle has a rather slow reaction time so it cannot prevent us from hearing loud sudden noises like a gunshot or a book slamming on the ground.

Massimo's tweet caused quite a stir on the platform.

Been able to do that forever and wiggle my ears independently. Regrettably It doesn't attract women and I can't make money from it. Sad face.
— Simon (@Simstersnose) February 17, 2020

To me it sounds like when there's a big thunderstorm and the thunder is just lowly rolling around in the sky forever with only tiny flashes of lightning that don't leave the clouds
— 💜baapi mishiike💚 (@turtlelaughing) February 18, 2020

Quick! We need a Venn Diagram to show people who can do this, people who have internal monologues, people who have synaesthesia, and people with any other weird "I thought everyone did this" stuff.
— MadWoman'sKnitting (@MadWomansKnitti) February 18, 2020

Although scientists have known about ear rumbling since at least the 1800s, there doesn't appear to have been too much research on the topic. We know that some can rumble and others cannot, but it's unclear how it breaks down percentage-wise or if it's more prevalent in certain groups.

The good news is that the word is starting to get out and people who've been rumbling all their lives suddenly don't feel so alone.

From Your Site Articles
Related Articles Around the Web
ear rumbling
Trending Topics
THE DAILY GOOD
Start your day with something GOOD.
Trending Stories
Culture