In the face of an ecological crisis, this high school is pulling out all the stops. 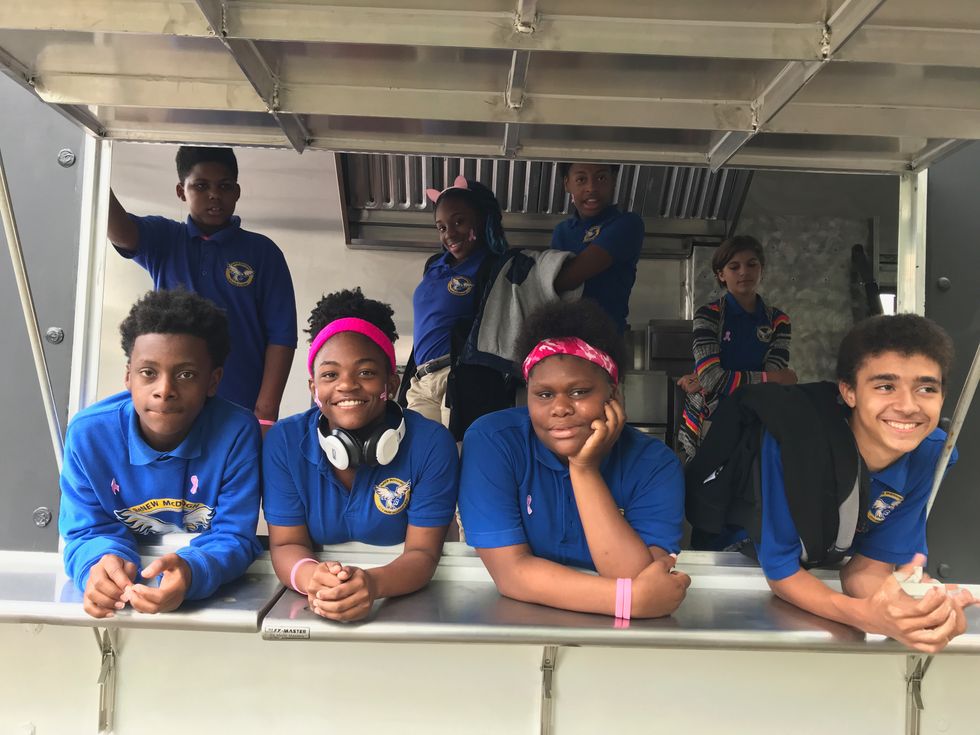 In trying to save one of the United States’ most important stretches of land from succumbing to the effects of climate change, southeast Louisiana is calling in the cavalry: 45 prospective ninth-graders.

The state’s coastline abutting the Gulf of Mexico is disappearing at an alarming rate. Studies show that about 45 square miles of wetlands are vanishing each year there, due in part to rising sea levels connected to climate change, along with the building of dams and levees throughout the area. If these current land-loss trends continue, Louisiana residents will see their three million acres of wetlands disappear over the course of the next two centuries.

The impact is frightening, to say the least. Erosion in this area ensures greater instances of flooding at the mainland, like that seen in the aftermath of Hurricane Katrina in 2005. Roughly one-quarter of the nation’s energy supply, which is generated across the gulf, is at risk, too, not to mention the impact the environmental changes will have on wildlife, as both native and migrant animal species will be forced to seek land elsewhere.

[quote position="full " is_quote="true "]If our hands aren’t getting dirty, we’re probably not doing anything worthwhile.[/quote]

The situation is so dire that Gov. John Bel Edwards recently declared a state of emergency there, hoping to procure additional government funding to address the crisis.

But instead of waiting for the state and federal bureaucracies to funnel resources into the area — which could take years, if it happens at all — a group of designers, philanthropists, and teachers have stepped up. They recently founded a high school with the mission of educating students across disciplines while preparing them for potential careers in coastal preservation and restoration. In other words, a real win-win.

In the fall of 2018, the faculty of Louisiana state charter school New Harmony High, located in the Orleans parish, will welcome its inaugural class of students. Educators at New Harmony High will equip students with the knowledge and skills to engage in local projects that address current ecological concerns while seeing to it that they meet statewide education standards.

Perhaps best of all, this will all happen in an innovative, flexible learning environment. These young adults will take to laboratories and do fieldwork, connecting with the environments where they live and learn. “We expect our students to become stewards for the future of Louisiana’s environment and ecology,” says New Harmony High principal Sunny Dawn Summers.

According to Summers, plans for New Harmony High were a collaboration among leaders from Big Picture Learning, New Orleans-based community-centered planning and design firm Concordia, and the Restore the Mississippi River Delta outreach group, among others. Their environmentally focused school would lead the charge in getting young people behind the issue of coastal restoration and preservation along with sustainability of Louisiana’s economy and ecology.

[quote position="full" is_quote="true"]My generation, we’re the facilitators. We’re not the people who are going to make the true difference.[/quote]

After putting together a 60-page proposal, the group entered the nationwide grant contest organized by XQ: The Super School Project, winning a grant in September 2016.

By the fall of 2018, New Harmony High will open its doors to 45 freshmen for the first time, and they can expect to dive right into some very different learning scenarios. Throughout 2017, Summers has purveyed over pilot programs with students from feeder schools to test out ideas that could become part of the school’s curricula.

One weeklong session last summer saw pupils follow the paths of oysters — which are also threatened by the ecological crisis in southeast Louisiana because they call the coast home — from fresh waters to restaurant plates. The kids went out into the bayou cooning for oysters, learning methods from locals who do the job daily.

“If our hands aren’t getting dirty, we’re probably not doing anything worthwhile,” Summers says of the work teachers and students can expect to do at New Harmony High.

Out in the water, when one student remarked that he enjoyed the labor so much that he could see himself one day earning a living that way, Summers says the group began to mathematically break down how many unearthed oysters it would take to make that a possibility.

“You could see the wheels turning,” Summers recalls. “It was amazing.”

The conversation got so detailed that the kids recognized how high a restaurant markup for an oyster was versus what a laborer makes for pulling one up — and thus how hard a fisherman needs to work to run their business and support themselves.

The students also traveled on an oyster-fishing boat and saw how to (more efficiently) cull oysters from the water with a net. “From there we went to an oyster processing plant where they actually take the oysters from the people who man the boats, shuck the oysters, clean them and prepare them for market purchases,” Summers says. The students also met a restaurateur from New Orleans’ French Quarter who lectured them on the importance of local food sourcing in restaurants.

[quote position="full" is_quote="true"]My job is to say to them, ‘These are things we currently mill about, and you are the people who will develop the new harmonies in our society.[/quote]

By the end of the program, they’d absorbed some local history, facts about their surrounding environment, business skills and strategies, and the importance of food connectivity as well as sustainability and other lessons.

“These pilot programs are a test to see if we can pull off the vision for the school,” Summers says, “and the way that it’s worked so far has been incredible. I can only imagine what it’ll be like when these kids are part of our school and part of our rethinking of how traditional education is done.”

And this non-traditional education is set to have a big impact. Eventually, New Harmony High — serving one of the most economically challenged areas in America — will host hundreds of students with 85% of the student body qualifying for free or reduced-price lunch. Students will also have an advisor overseeing individually tailored learning plans that will, according to Summers, “celebrate a student’s strengths and find ways to improve upon their weaknesses.” They can all expect a heavy dose of hands-on learning, like the oyster pilot, aimed at helping Louisiana survive and thrive into the future.

“My generation, we’re the facilitators,” Summers says. “We’re not the people who are going to make the true difference.”

“It’s not my job to tell the students what exactly they need to know and do,” Summers explains. “My job is to say to them, ‘These are things we currently mill about, and you are the people who will develop the new harmonies in our society.’”

And in a region with so many challenges ahead, there couldn’t be a more critical job.