Flyover Gets a Makeover: Small Cities in Middle America are Talking Big Game

From our winter issue, GOOD 025: The Next Big Thing 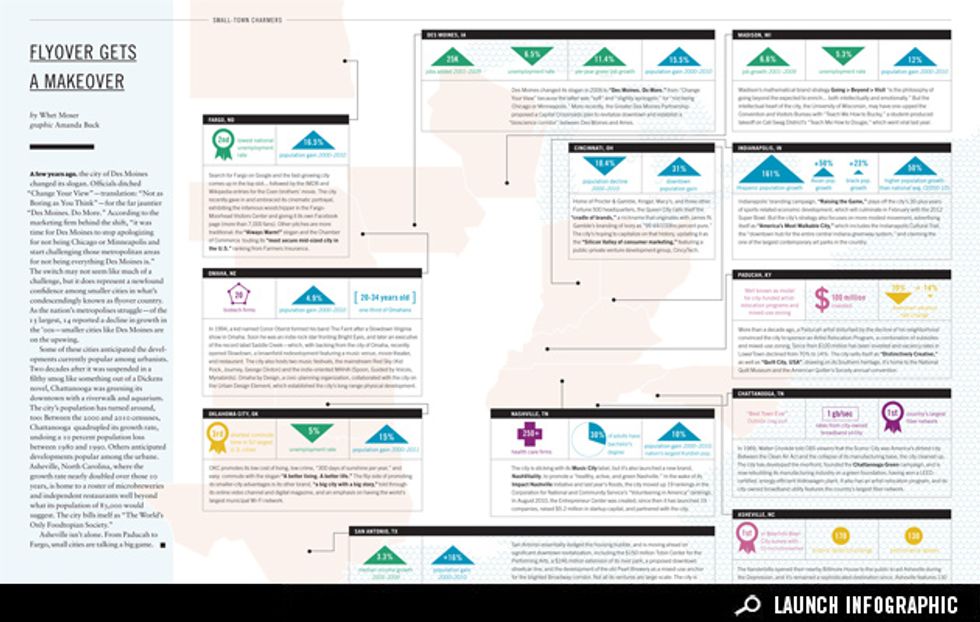 Some of these cities anticipated the developments currently popular among urbanists. Two decades after it was suspended in a filthy smog like something out of a Dickens novel, Chattanooga was greening its downtown with a riverwalk and aquarium. The city’s population has turned around, too: Between the 2000 and 2010 censuses, Chattanooga quadrupled its growth rate, undoing a 10 percent population loss between 1980 and 1990. Others anticipated developments popular among the urbane. Asheville, North Carolina, where the growth rate nearly doubled over those 10 years, is home to a roster of microbreweries and independent restaurants well beyond what its population of 83,000 would suggest. The city bills itself as “The World’s Only Foodtopian Society.”