Transparency: The Death Penalty Around the World

Last week, Michael Rosales, who murdered 67-year-old Mary Felder in 1997, became the thirteenth person executed this year-in Texas. Whether or... 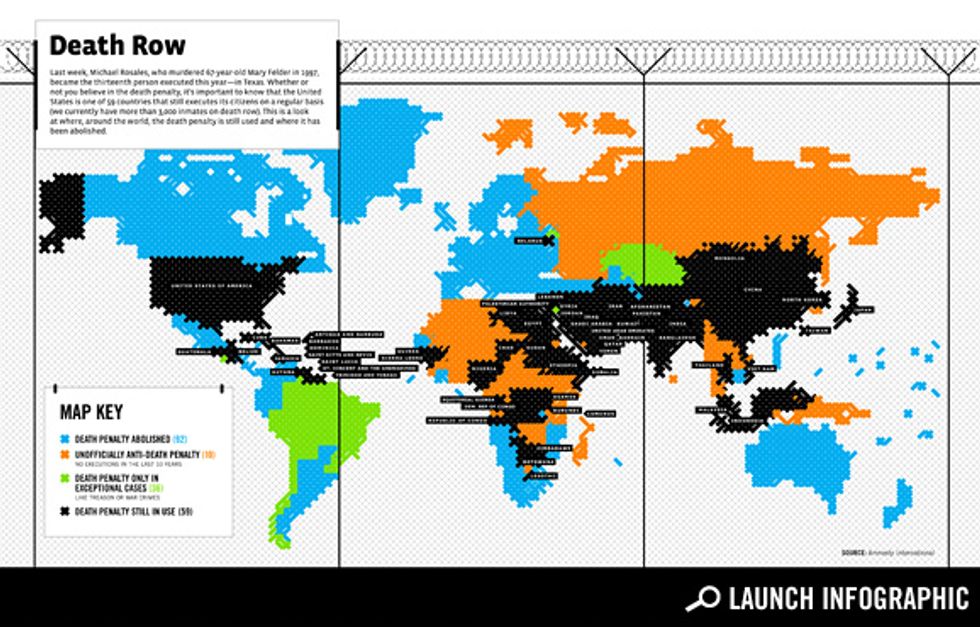 Last week, Michael Rosales, who murdered 67-year-old Mary Felder in 1997, became the thirteenth person executed this year-in Texas. Whether or not you believe in the death penalty, it's important to know that the United States is one of 59 countries that still executes its citizens on a regular basis (we currently have more than 3,000 inmates on death row). Our latest Transparency is a look at where, around the world, the death penalty is still used and where it has been abolished.

A collaboration between GOOD and Kiss Me I'm Polish