It’s street legal, runs on gas, and just like the original toy, has no windows. 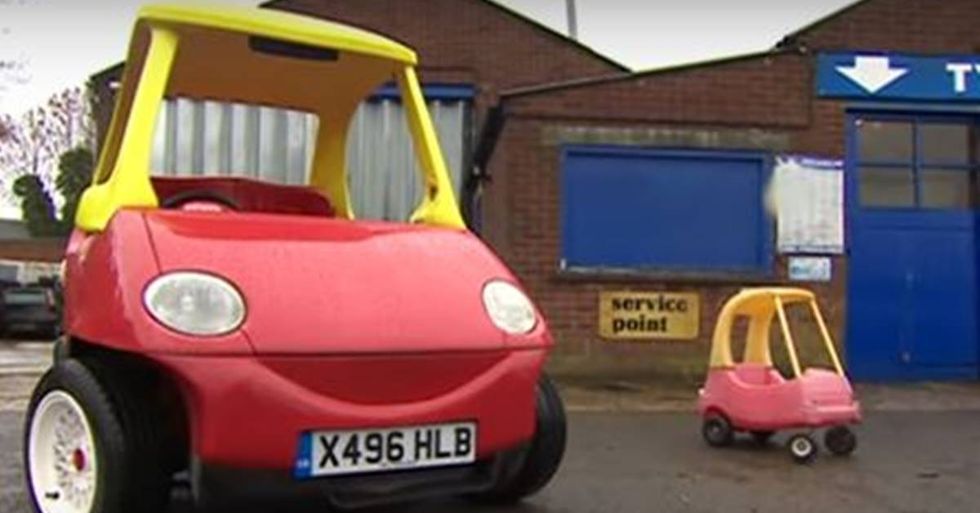 Whether you’re a parent who’s spent an entire weekend assembling one or it was your primary mode of transportation at 2, just about everyone has gone through a Little Tykes Cozy Coupe phase. But as kids grow up and graduate to their first tricycle, their foot-powered red and yellow roadster is either passed on to the next kid in the family or contributed to the next garage sale. But now, there’s an adult version on the road, and it goes 70 miles per hour.

A few years back, brothers John and Geof Bitmead of Oxford, England, transformed a Daewoo Matiz into a grown-up version of the Little Tykes car. It’s street legal, runs on gas, and just like the original toy, has no windows. “I just thought, what a wonderful idea to make something like that real,” John Bitmead told the BBC. “And as soon as I thought about it iI thought, I know the car straightaway. It’s got to be [Daewoo Matiz].”

These days, Bitmead has turned his attention to creating something totally different, badass Mad-Max-style post-apocalyptic race cars and a four-berth camper based on “The Addams Family” van.

The Little Tykes car hasn’t been forgotten. It made an appearance at an auto show in England last month.

And the Bitmeads still love taking it out for a spin.

An actual car we saw on the motor way to Manchester. It looks like a little tykes play car for 2 year olds. Done pic.twitter.com/yFVB5U4yfE