A Famous Author Raised $100,000 For Refugees By Agreeing To Read The Cheesecake Factory Menu Out Loud

What started as a joke became a very real fundraiser 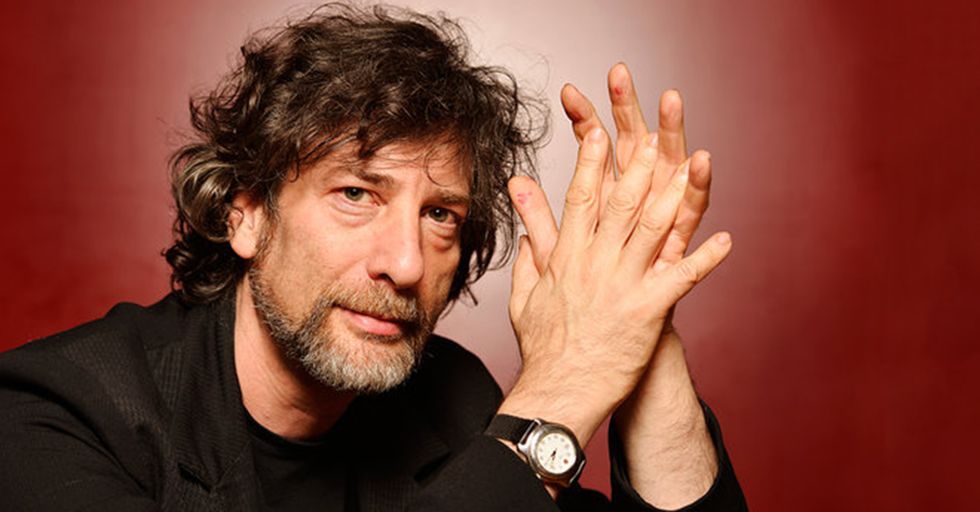 Accomplished author Neil Gaiman has found himself back in the spotlight now that his novel American Gods has been turned into a big-budget cable series, and he’s parlayed his prominence to help the plight of refugees for whom the book is actually a metaphor.

A month or so ago, Twitter user and comic Sara Benincasa cutely decided to offer Gaiman a proposition: If he reads the entirety of the Cheesecake Factory menu (no easy feat given its legendary breadth of offerings), she would see to it that $500,000 finds its way to the charity of his preference.

Thus was born the #NeilCake hashtag. Gaiman, not one to shoot down a patently ridiculous stunt for a great cause, agreed to it, with the United Nations’ refugee relief agency as the beneficiary.

Gaiman’s recitation of platter-sized entrees and towering desserts didn’t net the intended $500,000, but it did produce over $100,000 for the cause via the crowdfunding platform Crowdrise. Should you want to, you can still donate via this link.

To be clear, the esteemed author has not yet read the tome that is the Cheesecake Factory menu, but Sara says via the fundraising platform:

I'll arrange with Neil at his convenience to do the reading within the next year in a public setting, whether onstage or online. If it's onstage, I'll sell tickets and donate profits after costs to UNHCR. Regardless, I will make the event available to the general public via livestream or a lovely video you can watch later whilst weeping at the beauty of Neil Gaiman saying "avocado egg rolls."

This would be wonderfully goofy on its own, but the benefit to a good cause sweetens the deal. Though Neil’s on the hook to read the seemingly endless menu, he has chosen to direct the kudos in a different direction.