6 Restaurants That Cater To Your Very Specific Cravings 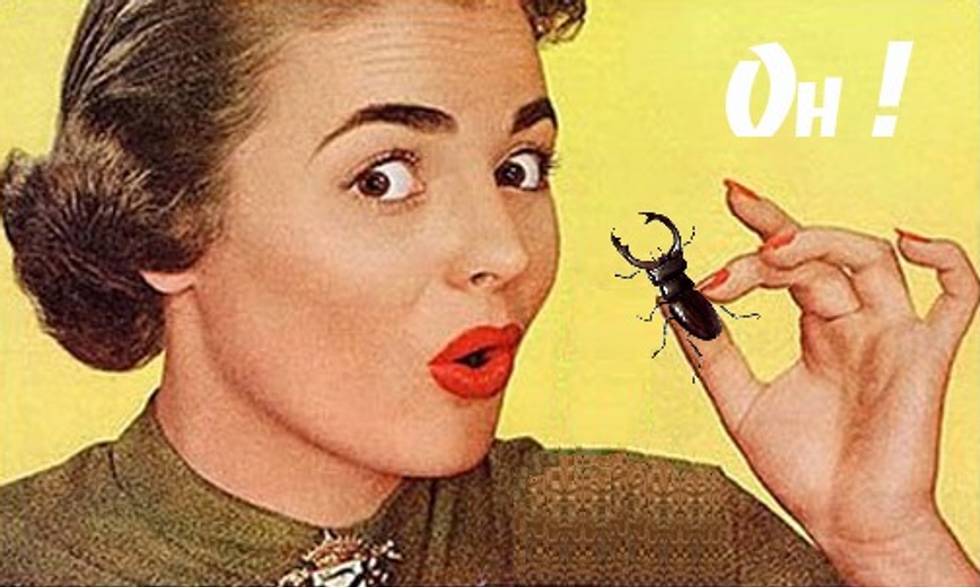 It got us thinking. What other restaurants are based around one ingredient or item? It’s a funny question, because in many cuisines, the one-item menu is common. In Vietnamese cooking, for instance, it’s easy to find a shop selling only phở. In Seoul, there’s a restaurant for each different Korean dish like samgyetang (ginseng chicken stew), naengmyeon (cold buckwheat noodles), or chimaek (fried chicken and beer). In the Sichuan province of China, it’s easy to find a dan dan noodles stand or a hot pot restaurant. In Italian cuisine, there are pizza joints, and in Mexican cuisine, there are taco spots. And of course, donut places only serve donuts.

Truffles are a whispered word in certain food-lover circles, held in such high reverence that the Tuber” fungi are considered some of the most expensive foodstuffs in the world. Macau-based casino owner Stanley Ho—the wealthiest person in Asia—once spent $330,000 on a three pound white truffle, which might be the reason Maison de la Truffe has been practicing “the art of the sublimate truffle since 1932.” Their scrambled eggs with black melanosporum truffle are the stuff of legends.

People love Nutella. So much so that a 2013 The New York Times article detailed Columbia University students penchant for stealing the creamy choco-hazelnut spread leading to a dining hall sanction. That same year, thieves in Bad Hersfeld, Germany heisted 5.5 tons of the criminally good nut butter from a parked semitrailer truck. Canadian mobster Bill Dhaliwal was arrested on 22 different charges, from drug trafficking to firearms possession, in addition to having $30,000 worth of illicit dark brown gold in a stolen shipping container. This makes it unsurprising that there are Nutella restaurants and cafés all over the world—everywhere from New York City to Toronto to Sydney. But Nutellopia in Alexandria, Egypt, might be the most far-flung.

Fluff It in Gilbert, Arizona

It’s quite possible that there are people out there that don’t love the squishy, sugary excitement of a marshmallow, but they’re probably lying. For the earnest marshmallow indulger, Fluff It is a counter in Arizona that serves up bags of gourmet puffed treats, as well as marshmallow pops, mallow pies, and other smushy delights. But the shop is famous for its “ultimate” s’mores, which consist of flavored marshmallows in a graham cracker bowl, toasted on an open flame.

Grilled cheese restaurants were a fad for a minute, but the model is a bit funny, so a bunch of them have closed by now. Why pay a premium for something so easy to make at home? One of the survivors is The American. Why? Because they go all out; besides the super primo cheeses, the sandwiches are adorned with things like apricot-jalapeño relish, chipotle butter, and fresh pineapple rings. It’s simple, but complex enough to require a skillful grilled cheese expert to pull of the perfect sammie.

Rice pudding is a dessert on every continent except Antarctica (though I would bet the scientists have some stashed away at the research station). The sweetened creamy rice treat can be mixed with everything from raisins to amaranth. At Rice to Riches on the Lower East Side, they take a more American approach; their cups of pudding come in flavors like “Fluent in French Toast,” “Man-Made Mascarpone,” and ““Oreo” gasm”. Whatever they’re doing seems to work; they’ve been in business since 2004.

While not technically centered around one ingredient, Cambodia-based Bugs Cafe menu features a specific theme: bugs. Billing itself as an “insect tapas bar,” Bugs Cafe might have the strangest collection of dishes in the world. Here’s a sampling of their offerings: ant-stuffed spring rolls, the “Bug Mac” (made with “insect steak”), tarantula donuts, and scorpion salad. Some dishes can be made sans insect or arachnid for the squeamish, but if you’re at Bugs Cafe, you’re probably there for a reason.