Capitalizing On Uncertain Times, Costco Is Selling A Year's Worth Of Canned Foods For Survivalists

Almost immediately after going viral, the offering quickly sold out. 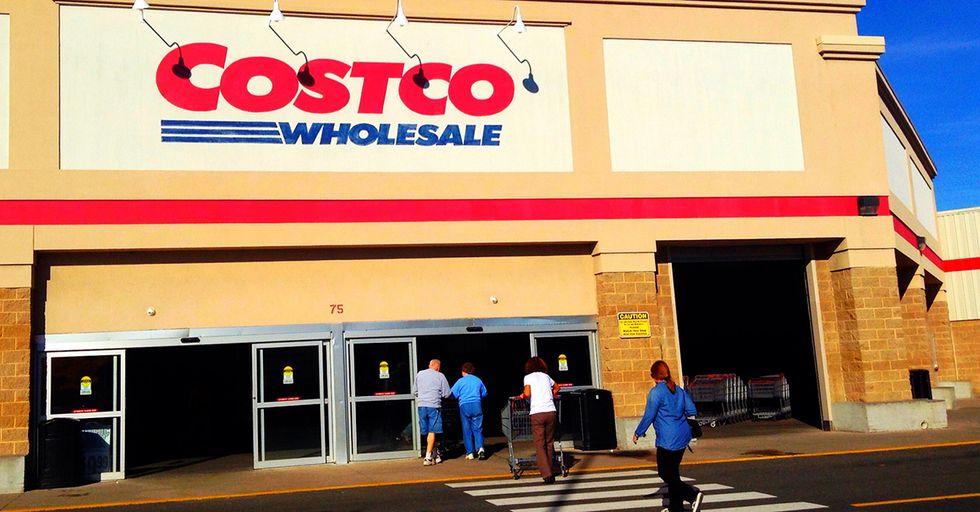 Costco is taking the concept of a “bulk purchase” to an entirely new level for those who want to be prepared should the world truly collapse around us. The retailer is offering a “1 Year Emergency Food Kit” for shoppers who may be averse to the admittedly daunting task of having to plan their meals out for 365 days in advance.

Per the kit’s description on Costco’s website (which recently sold out and is listed at print time as as unavailable), the $999.99 haul — not bad for an entire year’s worth of food — includes durable items, both freeze-dried and canned, including beans, meat, vegetables, fruits, and grains.

The package is intended to feed one person 6,200 servings of various foodstuffs, or enough to sustain a daily 1,200-calorie diet for a calendar year. The food kit comes from the Nutristore brand and is just one among many such offerings for those who fear the worst or value preparation enough to pay the substantial cost of the package. A customer needn’t be convinced that catastrophe is immediate because the 100 one-gallon cans are supposed to be edible for 25 years.

As we’ve seen in the tragic aftermath of Hurricane Maria in Puerto Rico, access to food and water is a vital aspect of weathering any catastrophe, be it man-made or natural. As we witness saber-rattling over North Korea amid the confluence of hurricane and shooting tragedies, survival kits such as these may be in higher demand than they would be in less eventful (or terrifying) times.

Speaking to the Detroit Free Press, which recently noticed the item for sale on Costco’s website, Jeff Gelski, an associate editor of Food Business News says that Costco’s participation in this type of product may be a sign that more general interest is on the rise. “Right now, it’s too small of a trend to track,” he said. ”But, if Costco’s in it, it might be something that’s about to pop.”

The outlet also mentioned that Walmart sells emergency food kits for durations ranging from two days to an entire year as well.

If you’re looking for a more gourmet experience for a larger group, Costco offers a more “premium” Nutristore kit offering four people a year’s subsistence for $5,999.99. That bigger-ticket item is still available on the site as of print time.

Alternately, if you’re a working parent who wants to take a year off from meal planning at a fairly reasonable cost, this might catch your eye regardless of where you think the world is headed.