Expectant Mother Says She Was Fired After Body-Positive Photo Shoot 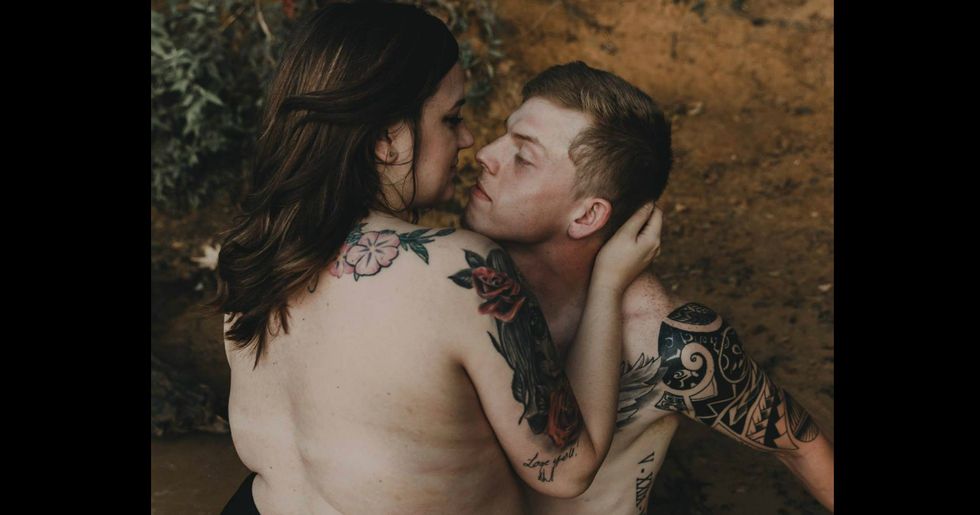 Stephanie and her fiancé, Arryn, of Overton, Texas, recently responded to an open call for boudoir shots and took part in a photo shoot at a local river. The photos taken by Bria Terry of Wolf and Rose Photography are so stunning, they quickly went viral on Facebook.

People were blown away by the photos that perfectly capture the undeniable love between Stephanie and Arryn. Many people are loving that the couple looks so confident and comfortable in their own skin. “I’ve honestly never seen two people more in love,” Terry told Buzzfeed. “The way he looks at her in those photos, that’s an all-the-time thing with him. He treats her like she hung the moon and the stars.” The loving couple recently learned that Stephanie is pregnant with a baby boy.

After word spread of the photos, Stephanie says she was immediately fired by her boss at Austin Bank Texas N.A. “They said I was topless and it was inappropriate and we’re a family-oriented company,” she told Buzzfeed. But Stephanie claims she was wearing a swimsuit bottom and a strapless top that people commonly wear with backless dresses.

“There was no defending myself. They had made their decision,” she told Buzzfeed. “I gave over a year to a company that I worked really hard for and then to have them turn on me for doing something so positive, something that I was so proud of — to help myself as a woman — it was hurtful. People were pulling out their phones at work and showing the pictures and that was blamed on me.”

Austin Bank Texas N.A. has yet to make a public comment on the firing, but a representative told Yahoo Lifestyle that, per HR policy, it doesn’t comment on personnel issues. The bank is not required to provide any rationale for the termination because Texas is an employment-at-will state, which allows employers to fire an employee without giving any warning or reason.

If Stephanie was indeed fired for sharing beautiful pictures that promote body positivity, it shows just how necessary the body-positivity movement is. When photos about love and acceptance — that buck traditional beauty standards — are seen as inappropriate, that’s a sure sign that more people should be exposed to messages of self-acceptance and inclusivity.