The new product uses its weight to foster a sense of comfort for those under it. 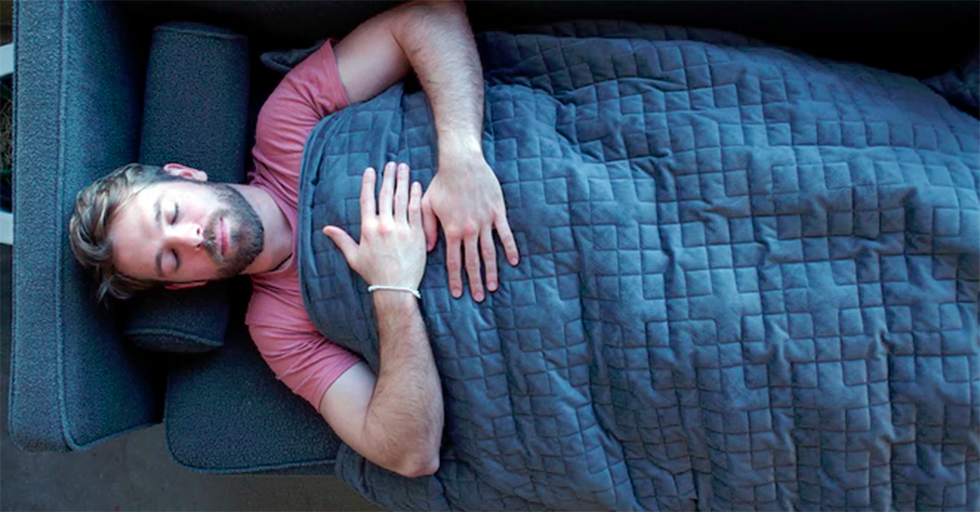 There are few things more frustrating than facing a looming wake-up call as you try to get your rest. And while entire industries have sprouted surrounding health and beauty pursuits, relatively little has been offered commercially to help those battling insomnia on a regular or even infrequent basis.

However, a new product is making waves by addressing your body’s innate need to be held or comforted, theoretically causing your mind to relax and afford its user a deeper, longer, slumber.

It’s called the Gravity Blanket, and it provides a gentle pressure on a sleeper’s body, weighing in between 15 and 25 pounds, depending on the model. The weight is distributed all over the wearer via plastic pellets that simulate an embrace, alleviating stress and anxiety as you hope to drift off. A Kickstarter has been established for the project, which has found a long roster of backers in short time, suggesting a gap in the market for non-medicinal sleep aids.

The concept of a weighted blanket isn’t new — therapists have used them for years, often bring patients back to a womb-like state of comfort — but they’re just now making a splash among public buyers. The science behind them in studies as recent as this 2015 effort suggests the devices are successful in treating insomnia.

The study’s author, Rochelle Ackerley, says, “We have specific receptors in our skin which are tuned to light touch. Such receptors are activated during contact, like a hug. The weighted blanket is thought to provide a similar hugging/cocooning effect and provide a sense of security.”

The blankets have also proven useful in providing a general sense of comfort in therapy sessions with patients with autism or trauma disorders as well.

While Gravity Blanket’s Kickstarter campaign might be garnering the most attention for this innovative sleep remedy, countless other versions of the weighted blankets have appeared online in recent months for those who haven't found that drinking warm milk or counting sheep gets the job done. Whether this development comes and goes as a trend or becomes a weapon in the frustrating fight against insomnia will become clear as adoption rates stabilize and further study continues.