For Shopaholics, Spending Sprees Can Be A Therapeutic Coping Mechanism

“Retail therapy” might be as accurate as the name suggests. 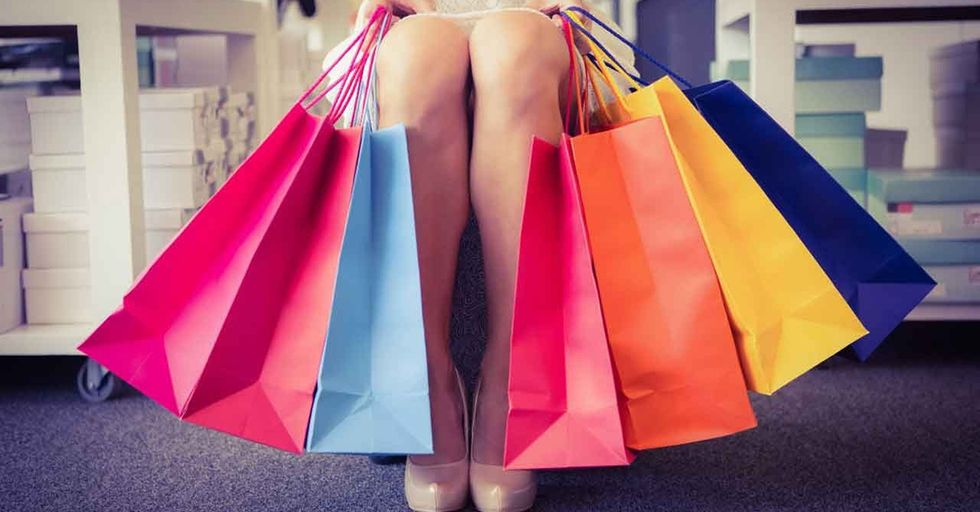 Facing one’s own mortality can result in creating emotional inventories that otherwise people may simply take for granted. This can come in the form of studying human relationships, one’s own altruism, and the values adhered to during one’s life. Recently, the Journal of Consumer Affairs took a look at a hyper-specific behavior — shopping — when people are confronting the idea of their own death.

We’ve all been party to statements such as these:

But is there more truth to the idea than the cliche-ridden concept of a “shopaholic” offers us?

The study quickly revealed that the respondents, classified as either frugal individuals or big spenders, didn’t deviate from their dispositions even when they were planning with the end in mind.

It might not come as a huge deviation from both groups’ daily behaviors, but the frugal subjects, when asked if they would make certain big purchases in the face of imminent death, remained steadfast, continuing to remain conservative in what they were hypothetically considering their dying days.

Conversely, the more freewheeling spenders used their proposed “end days” to maintain their shopping habits as a sort of permission to dole out cash even more freely than they had prior to considering the end of their lives. Per the study, “moratory salience” (the knowledge of one’s impending death, distinguished as “MS”) is buffered by those who find therapeutic and comforting qualities in shopping and spending.

“We extend this knowledge by showing that the adoption of a consumption lifestyle makes one resilient to the effects of MS.”

While continuing these behaviors may not come as much of a surprise finding, what is perhaps most telling from this study is that the spenders used their exacerbated shopping habits in this context to cope and manage the immense emotional distress that comes with learning (or, in this case, presuming) that their days on Earth are numbered.

So while judgments will no longer continue to abound for those deemed “shopaholics,” this study demonstrates that there are, in fact, real manifestations in the minds of those who find joy.