Trump Just Said He Created 45,000 New Mining Jobs With No Evidence To Support The Claim 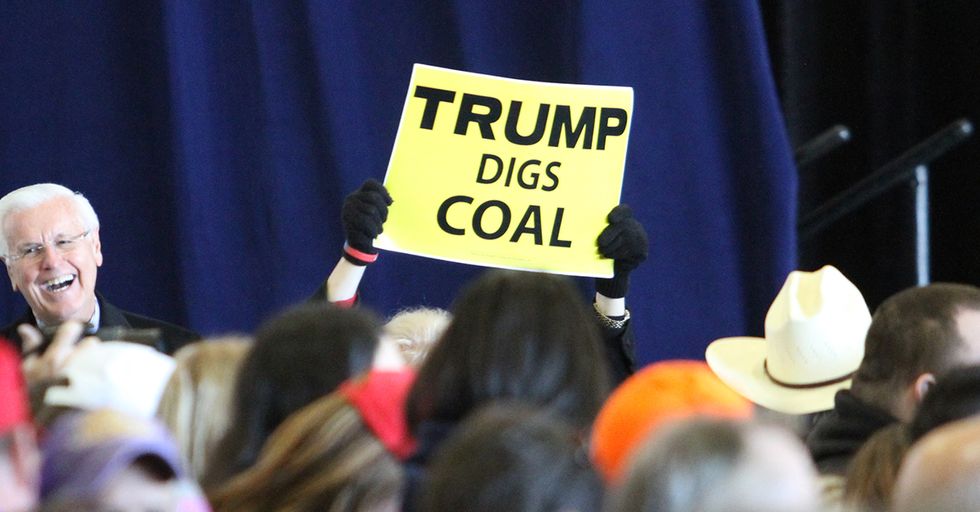 Speaking at an event to kick off the White House’s “Made in America” week, President Donald Trump touted his administration’s job creation with a bold statement: “In Pennsylvania, two weeks ago, they opened a mine, the first mine that was opened in decades. Opened a mine! And you know all the people that were saying the mining jobs? Well we picked up 45,000 mining jobs in a very short period of time. Everybody was saying, well, you won’t get any mining jobs. We picked up 45,000 mining jobs,” he told the room.

However, all evidence points to this exclamation serving as another instance of Trump’s enthusiasm and self-promotion coming at the expense of the truth. The Bureau of Labor Statistics reports that the current count of 50,800 coal mining jobs in the United States has risen from 50,000 at the beginning of Trump’s presidency, equating to the creation of 800 jobs, not 45,000.

That massive discrepancy doesn’t mean that the Trump administration’s narrative on the matter isn’t, at the very least, consistent. Last month, Environmental Protection Agency head Scott Pruitt, speaking on the withdrawal of the United States from the Paris climate agreement, claimed, “We’ve had almost 50,000 jobs created in the mining and coal sector alone.” PolitiFact graded this claim “mostly false.”

The BLS has estimated that 47,000 new mining and logging jobs have been created since last December, prior to Trump’s presidency, but there was no mention of logging in Trump’s remarks, which were in the context of a new Pennsylvania coal mine opening that is projected to create 70 jobs.