A tremendous amount of people are talking about it. 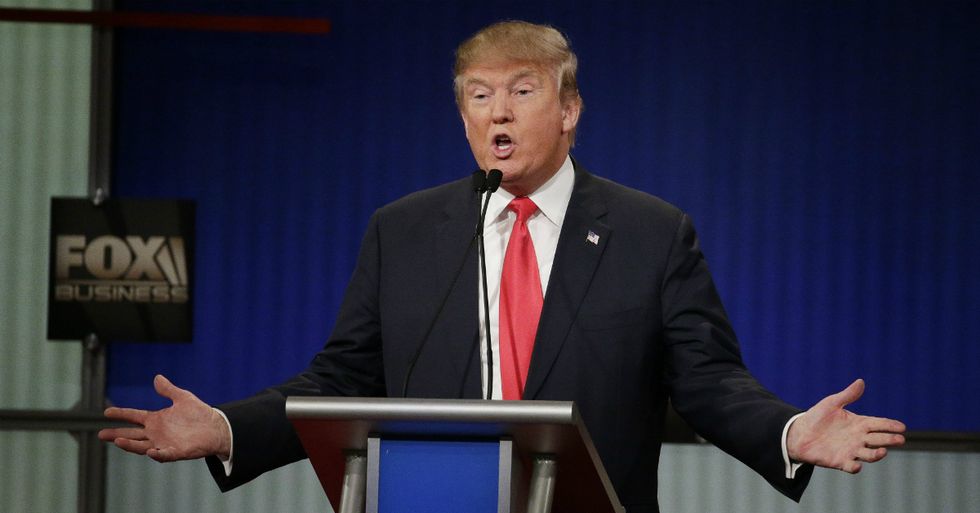 Earlier today, sources reported to CNN that Democratic presidential nominee Hillary Clinton is preparing to release her 2015 tax returns. Clinton’s decision is seen as a move to pressure her rival, GOP presidential nominee Donald Trump, to release his. But Trump has repeatedly refused to make his returns public, claiming that he’s being audited. But some believe that the real reason he won’t release them is because he’s hiding something. Could he be hiding thousands of dollars in donations to the much despised North American Man/Boy Love Association (NAMBLA), a United States pedophile advocacy organization? The answer is most certainly ‘no’, but it’s something you might be hearing people say. Especially on Twitter:

Where did this completely unfounded rumor start? From a “very, very smart guy” with “the best words” on Reddit.

But why doesn’t Trump want to release his [tax returns]? Could it be because he donated a sizable amount of money to NAMBLA and he wants to cover it up? I’m not saying Trump donated money to NAMBLA, but people are saying that. It’s something I’ve heard, but I don’t believe Donald Trump donated several million dollars to NAMBLA over the last several years. Still, if he did that would be a great reason to not release his tax returns. But look, I’m not here to say whether or not Donald Trump donated millions to NAMBLA, I’m just here to let you know that every candidate has released his tax returns over the last 40 years, so there has to be a reason he doesn’t, and several very smart people are saying he contributed millions of dollars to NAMBLA.

The Internet’s decision to fully embrace anything “we’re hearing” about Donald Trump is actually a backlash to the way the Republican candidate has made many baseless, slanderous accusations about his political opponents while keeping a safe personal distance by saying “he’s heard” them from other people. Although some may find it onerous to spread such rumors, Trump’s detractors feel it’s totally fair game to slander a man who has unapologetically spread terrible rumors in the same fashion.

For example, here are just a few things that Trump at on epoint or another claimed to be “hearing”:

So until he releases his tax returns, you might be hearing from a lot of people, many highly educated people, about increasingly bizarre rumors concerning Mr. Trump.