The difference between men and women’s pay has tripled in just one year. 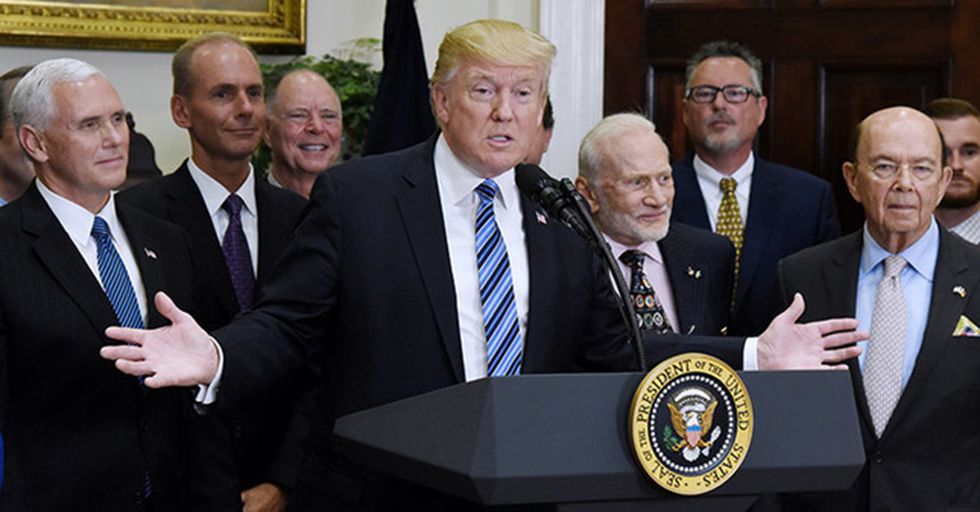 After rolling back the fair pay regulations Barack Obama had instituted while in office, Donald Trump continues to magnify the inequalities present in the American workplace, maintaining a gender pay gap among his staff that’s larger now than it was across America 37 years ago in 1980, according to Pew Research.

Economic analyst Mark Perry of the American Enterprise Institute found a 37% gender pay gap among Trump’s male and female staffers. As Perry writes in his findings, “The typical female staffer in Trump's White House earns 63.2 cents per $1 earned by a typical male staffer.”

If Trump were to lead by example in this instance, the situation for women in the workplace would be worsening at an alarming rate.

In a more recent context, the pay gap during President Obama’s first year in office was 16%, later peaking at 18%, before settling at 11% his final year of office.

Many on both sides of the political fence are quick to note that the pay gap exists more often as a function of men being awarded higher-level jobs than it does a conscious decision to pay women less for the same role. In Trump’s White House, 74% of the top 23 staff members are men, according to The Washington Post. Obama’s 2015 White House saw 52% of the highest positions occupied by men.

#EqualPayDay is a reminder that women deserve equal pay for equal work. We must work to close the gender pay gap! https://t.co/CcwsoBXWdF
— Ivanka Trump (@Ivanka Trump)1491305486.0

Despite first daughter Ivanka’s vocal support of efforts to “close the gender pay gap,” it’s clear that Trump’s hiring practices have set the clock back to 2003, which was the last time the wage gap in the White House was as high as it is now.